Back in September, the FTC settled its quarrel with CSGO Lotto runners Tom “Syndicate” Cassel and Trevor “TmarTn” Martin, in a ruling that seemed weak to the KitGuru team. This is because neither of them were apparently running a gambling site at all and no laws were broken.

Considering CSGO Lotto was running as a game of chance, purchased into via the skins housed in users’ Steam account, it’s easy to make the mistake of thinking that this is a traditional gambling site, particularly given that Counter Strike skins are heavily traded in the marketplace for monetary value.

Talking with Polygon, TmarTn and Syndicate’s lawyer Coleman Watson stated that the reason there was never any prosecution was because the content of the website was always accessible without purchasing into it. The only catch was simply reading the relatively short, yet clear and concise Terms of Use. 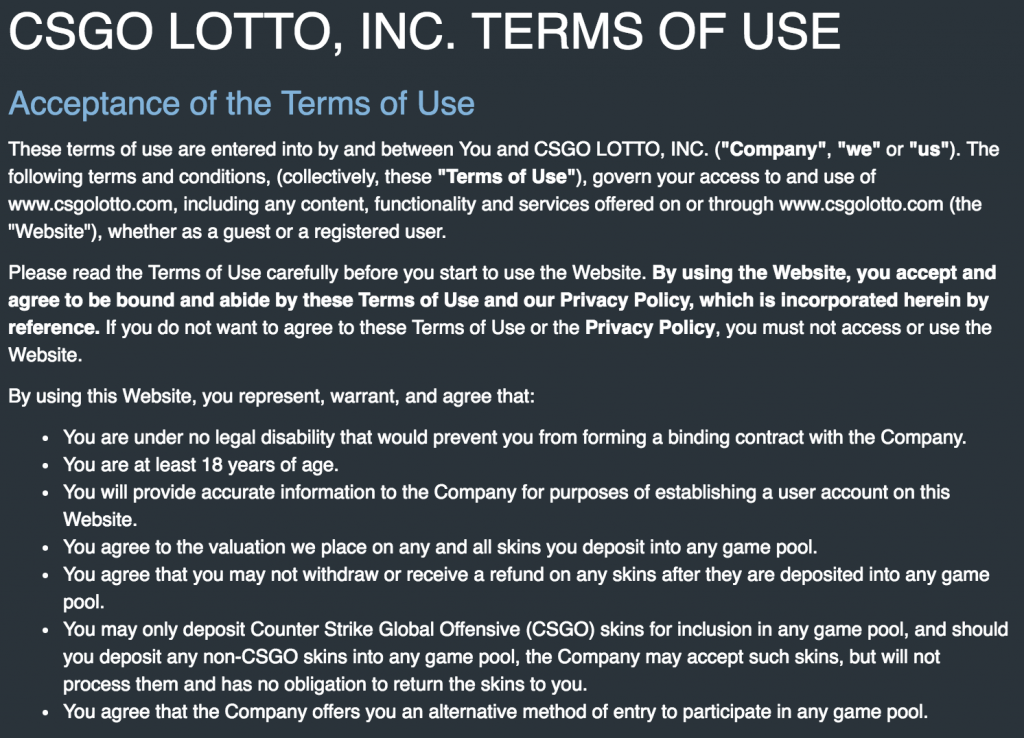 There was always a way to get a ticket for free, no purchase necessary, simply by emailing in and asking for a ticket. This was always in the Terms of Use, seen in the last bullet point of an Internet Archive stating: “You agree that the Company offers you an alternative method of entry to participate in any game pool.”

This is likened to the practice that MacDonald’s uses when introducing its Monopoly-themed game, in which customers are entitled to walk up to the counter and ask for a ticket. Granted, this is a long and arduous process in which it requires the ticket to be mailed, but these are the fine lines that stop it from being defined as gambling.

CSGO Lotto has since been taken down, with Watson stating that the decision was made to avoid the exposure as the profit just wasn’t worth it, among other reasons. In fact, Watson has batted away numerous class action lawsuits against the duo, with just one in Florida still active. You can read Watson's lengthy, complicated motion to dismiss it here, courtesy of Polygon via Scribd.

KitGuru Says: While it is annoying that the alternative method isn’t laid out for player to know how to utilise it, the option to contact and ask was similarly always available. CSGO Lotto and other in-game gambling-like sites aren’t really my cup of tea, but how do you feel about them? Have you ever used one?