Dead by Daylight taps Saw as its latest set of DLC

Dead by Daylight is known for brining to life cinematic killers from licenced properties, from Halloween’s Michael Myres to A Texas Chainsaw Massacre’s Leatherface to the most recent, Freddy Krueger from 2010's A Nightmare on Elm Street. Now, it seems that Saw isn’t just getting an on-screen revival as Jigsaw’s accomplice dons the infamous pig mask one more time.

The Saw Chapter is the eighth DLC expansion for Dead by Daylight and fourth to contain licenced property from a silver screen franchise. Of course, this includes a new survivor based around Danny Glover’s detective character from Saw I, David Tapp, a new map that is based around Saw III’s slaughter house and a new killer in the form of Jigsaw’s accomplice.

This is a warning for those who might not have seen 2005’s Saw II, as the remaining portion of the article becomes spoiler heavy. 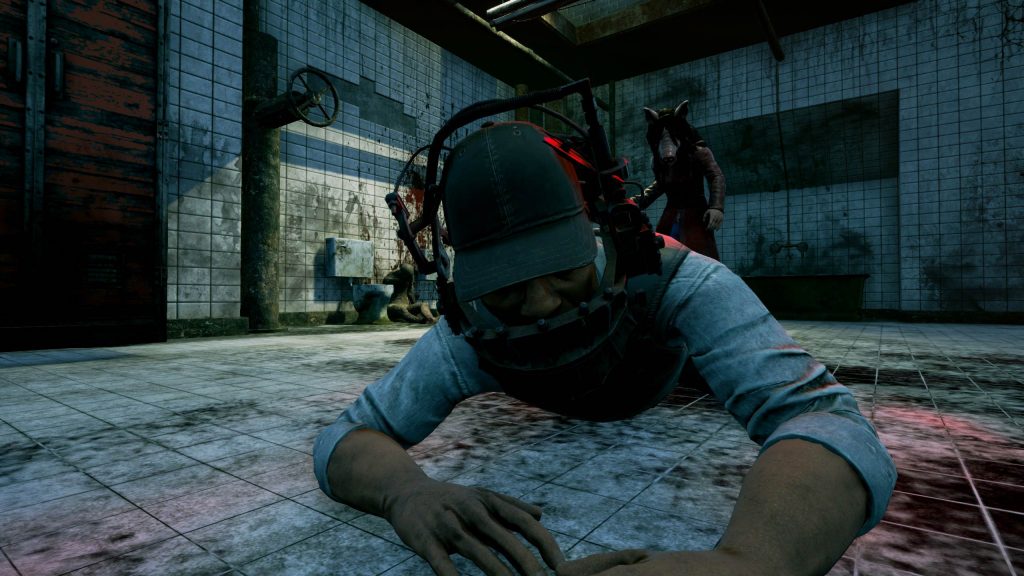 Although it’s unfortunate that Jigsaw himself won’t be appearing, someone just as iconic will be taking his place instead. Wearing the infamous pig mask seen frequently throughout the series, Amanda Young will be the maniac the survivors are pitted against. First appearing as a minor character in the original film, it was revealed in a shocking twist in its sequel that she had begun following John Kramer’s warped ways and helped entrap Jigsaw’s victims as well as execute his plans.

Named “The Pig” in Dead by Daylight, Young has the ability to place the deadly reverse bear traps originally used on herself in the first movie, onto the survivors. This adds a timer onto the already stressful time the Survivors are having trying to, well, survive and can automatically sacrifice them when triggered. Her secondary power lets her assume a crouching position, where she has no Terror Radius, meaning Survivors won’t hear a heartbeat when the killer approaches.

The new Survivor, David Tapp, appeared in Saw I, III and V and will allow players to make use of his Tenacity perk, allowing him to crawl faster alongside recovering. His Hunch perk reveals generators, chests and totems within a certain distance for 3 seconds once one generator is completed.

His Stake Out perk has a little more to it, with the Wiki explaining: “When standing within the Killer Terror Radius for some time and not in a Chase, you gain a Token up to a maximum. When Stake Out has at least 1 Token, Good Skill Checks are considered Great Skill Checks and consume 1 Token.”

The Saw Chapter is available now on PlayStation 4, Xbox One and PC with more images located on the official website.

KitGuru Says: I do enjoy the first lot of Saw films for their warped sense of morality and story behind the gore. It is a shame that we aren’t seeing the Jigsaw killer himself, but Young is a perfect replacement just as she has been in the movies. Will you be picking up The Saw Chapter?