Destiny 2’s quickplay gets second wind thanks to bugged matchmaking

Since launch Destiny 2’s quickplay PvP mode used a traditional skill-based matchmaking system, pitting players with similar stats against one another for longer, tougher matches. A recent bug threw this out the window in favour of matching up pretty much anyone, and Destiny 2 players strangely love it.

Due to the nature of the bug not factoring in internet connection or skill in previous Crucible matches, players were getting into matches much faster, but at the expense of their quality according to Bungie’s PvP design lead Derek Carroll. Despite the “lower-quality” matches, the majority of players seem to be a fan of the new matchmaking system. It’s quick, fun, messy and doesn’t come at the expense of the more competitive playlist for those that want a more evenly matched opponent.

Players flocked to Reddit in order to beg developer Bungie to leave the new system as it is now, backed by YouTuber True Vanguard who conducted a poll to see just how happy people are with the accidental system. It turns out that most are pretty darn content with how things are going.

Question. Are you happy with current quickplay matchmaking?

While there are some displeased with the idea of getting trounced by an enemy that’s unfairly matched against them, the love for the new matchmaking doesn’t stem from the ability to beat the enemy team quicker or easier, it stems from the casual nature that had long been lost in Destiny 2.

Prior to this happy accident caused by the 1.2.3 update, players were forced to play in a tighter 4 versus 4, which often resulted in nail biting games played distinctly passively and ruthless team killing for anyone that deviates against the meta. Not only did the update return to 6 versus 6, but it threw out the meta entirely, resulting in a much more casual experience.

For now, Bungie has heard player requests, with the bug here to stay for the foreseeable future. “Our plan for the immediate future is to take no immediate action, monitor the health of the playlist, take notes, and ready a potential fix,” said Carroll. “We will inform the community with our findings and if we make a chance, you will be the first to know.”

KitGuru Says: Although some are concerned about the longevity of enjoyment provided at the lack of challenge for high-level players and no contest for lower levels, quickplay isn’t about competition and challenge. Still, it remains to be seen what Bungie plans to do moving forward. Do you enjoy the new matchmaking system? 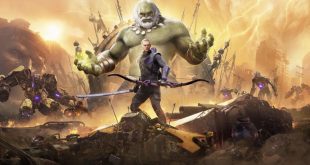 Upcoming Avengers update makes it even harder to level up