Publisher Devolver Digital came under fire for its new open-world survival game Scum, after it was revealed that some of its customisation DLC contained Nazi tattoos based on real-life individuals. Despite Germany’s game rating board relaxing on Nazi symbolism case-by-case, Devolver has gone on record to say it does not condone intolerance, stripping the content from the game.

Pairing with developer Gamepires, Devolver Digital’s Scum is pits 64 convicts against one another per server as they attempt to survive and get off the Mediterranean-inspired island. On the surface, it might sound like another survival game introduced into an oversaturated genre, but Gamepires promises “unprecedented levels of character customization, control, and progression” as the title progresses through development.

Reddit noted that Scum’s $9.99 Supporter Pack included tattoos of the iron cross and the numbers 14 and 88, which, when combined, represent infamous words spoken by white supremacists, causing outrage among some of the fans. Although the game’s patch notes don’t reflect the change, Devolver and Gamepires immediately removed the controversial imagery, releasing a statement to Polygon:

“Devolver Digital has become aware of tattoos representing neo-Nazi symbology in the newly released prison survival simulation game Scum. We do not agree with use of this symbology or any hateful content, regardless of intention,” explains Devolver. “This content has been patched out as of this morning, and Devolver Digital are currently conducting a full review of all assets and content in the game with Gamepires. Devolver Digital apologizes unreservedly.” 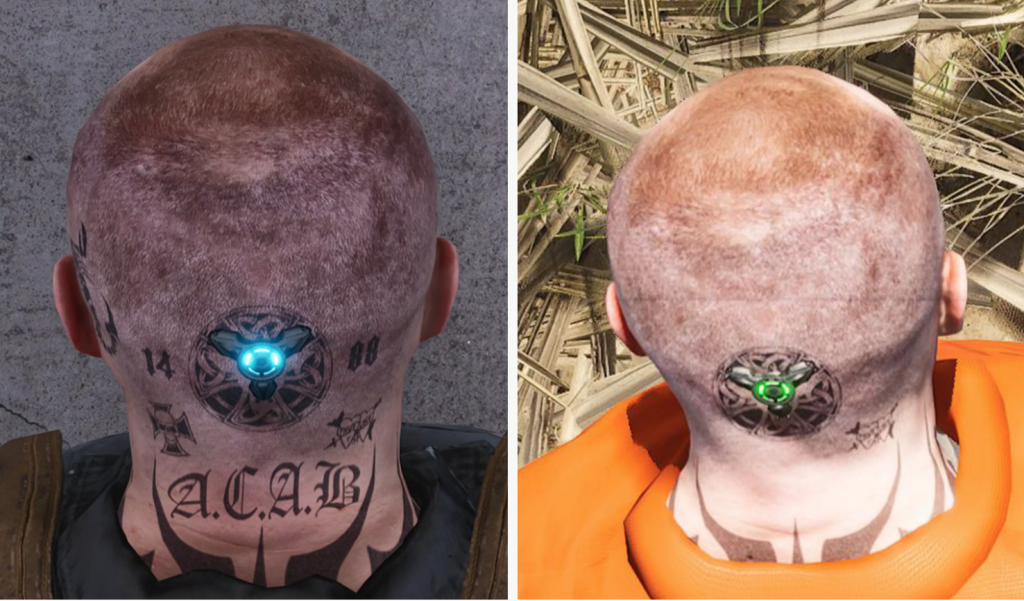 Gamepires also condemned the iconography, stating that its “intention was to create an atmosphere of the worst of the worst criminals in Scum, and to portray the horrible type of people who would find themselves in a ‘fight to the death' situation for a futuristic reality show where the worst criminals are pitted against one another.”

“Since our initial response on our forums we've discussed this as a team and with our publisher and agree wholeheartedly that this content was unnecessary, should not have been included, and have removed it. We apologize for this misstep and promise to our fans that we will take more caution in our approach moving forward.”

While there are numerous Redditors complaining about the inclusion, going as far as to accuse the developers of being sympathisers, there are just as many players criticising the decision to remove the content when it creates layers of authenticity within a prison game. Devolver and Gamepires aren’t willing to display such images prominently in front of the player as they traverse via third-person perspective, meaning it is unlikely that we will see a return of the tattoos moving forward.

KitGuru Says: Scum looks like an interesting concept that has the possibility to flourish with or without the controversial imagery included. How do you feel about Scum and Devolver’s decision to remove the symbols?