Earlier this week, 2K Games announced that it would be shutting down the dedicated servers of Evolve, and with it removing ranked play and leaderboards. Since then, writer and designer of the title, Matt Colville has shared his thoughts as to why he believed the game had such a turbulent development.

“We believed we were making an alien world you were going to explore, and we intended to make it awesome,” Colville explained in a Reddit post. “That was the team we had. That team could have made a co-op game where four players explore a savage alien world and I think it would have gone down as one of the great games of the decade. But there was no way to get that game greenlit. No one would pay us to make that game.”

This pushed developer Turtle Rock into exploring new territory, creating the 4 versus 1 hook in order to tantilise publishers and gain financial support for Evolve. While the team “100% believed” in the new direction, it was clear from the beginning that there were problems with the idea.

“A friend of mine said very early, and I think he was right, ‘The reason it works is because we’re all role-playing playing Evolve,’” Colville said. “When someone on the team finally got tired of this and started playing to win, it all sort of fell apart and never really recovered.” 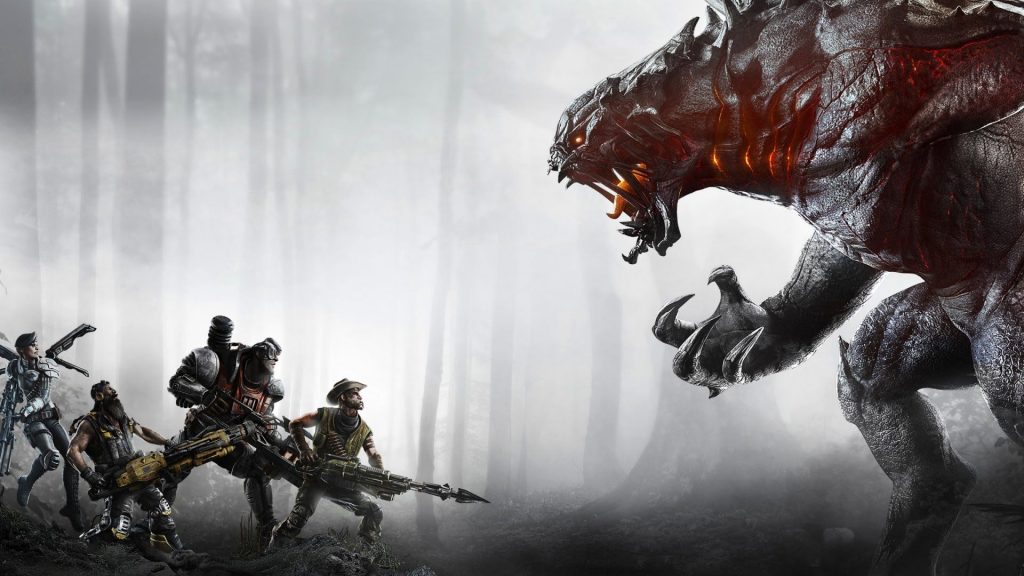 Turtle Rock knew that the key to nailing this new concept at the time was to have a variety of mechanics that not on spurred replayability, but even helped build a competitive environment. Unfortunately, the more monsters they created to break the rules the team had already created, such as Lazarus, the more it meant things had to be “watered down” to work

Hunters and monsters were “playing fundamentally different games” as far as Colville is concerned, with “all new content was a colossal pain to implement, forget balance” due to there always being “some other hero or monster ability that borked your stuff.”

While this could have been solved had the team gone in its original direction, making the monster specifically AI controlled and allowing the team of four to explore an alien world, its 4v1 concept was “never really solved. It causes more problems than we ever imagined, and we didn’t really have a team to make a competitive shooter. We had a team to build a world.”

Colville also, unsurprisingly, highlights the games pricing as a major issue for Evolve’s downfall. “If your customer needs to find four friends to enjoy your game, maybe don’t charge $60 for it. Because getting your friends to spend a total of $240 on a game (and you already spent $60 remember) is a hard sell.”

Even its publisher back then, THQ, knew that the best way to treat the game was to make it free to play, but its inevitable downfall was preceded by a plethora of bad decisions, including restricting the developers from updating more than once every three months when Evolve was supposed to breach the competitive shooter market.

“That was depressing but a lot of people bought the game and played it. That cheered us up. Tons of fans and fan art and fan sites and even cosplay, but it cost too much so folks who liked it couldn’t get their friends to buy it and we couldn’t update the game to make the people playing it happy,” concludes Colville.

KitGuru Says: If it wasn’t for the practices behind the scenes, presumably because of THQ before it closed its doors, Evolve might have had a good chance at being the “something new” that players often clamour for. Sadly, the title will have to exist in the space of peer-to-peer from September onwards. Did you enjoy Evolve despite its horrendous marketing?