At the end of last year, Epic Games was bombarded with legal action surrounding its use of iconic dance moves in Fortnite. In an attempt to avoid getting caught up in the whirlwind of litigation, Microsoft and Playground Games have decided to remove its “Carlton” and “Floss” emotes from Forza Horizon 4.

Although the lawsuit against Fortnite is proceeding on shaky ground given that dance moves cannot be copyrighted, the main criticism comes from its lack of credit to the creators and/or the likeness that they’re associated with. This differed slightly in Forza Horizon 4, as Alfonso Ribeiro’s iconic dance from The Fresh Prince of Bel-Air was named after his character in the show, Carlton. 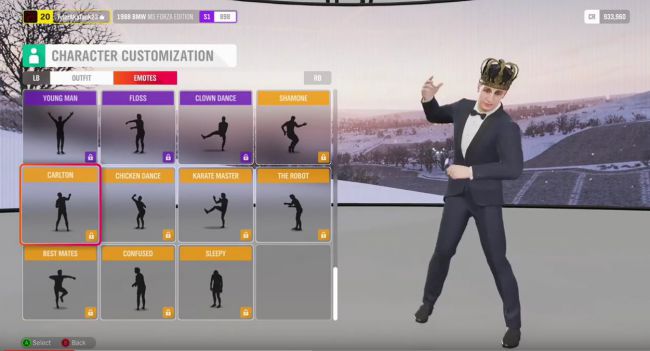 Publisher Microsoft doesn’t seem to be willing to take that chance after Ribeiro has already targeted Epic Games, removing the dance along with Floss as a part of the Series 5 update. On a more positive note, additions include numerous cars, seasonal events and a Mitsubishi Motors car pack, alongside free-for-all Adventure and Horizon Story missions.

Microsoft hasn’t commented on the reasons why it decided to remove the dances from Forza Horizon 4, whether it’s simply precaution or a requirement in an out-of-court settlement with the creators.

KitGuru Says: I’m still torn on my feelings towards profiting from emotes modelled off the work and likeness of other people, but surely naming the emote Carlton draws enough attention to its original creator? Still, it really isn’t worth the headache for companies to go to court over. How do you feel about Microsoft removing the emotes?