While Microsoft revealed that a new console was in the works back at E3, Sony only made news of its PS5 official at the start of the week. Estimates pegged the consoles for a 2020 release, however Infinity Ward’s job listings for an “unannounced next gen title” could see the successors arriving a little sooner.

The PlayStation 4 and Xbox One are entering their sunset years, with successors just on the horizon line. Not much is known about the tentatively titled PS5 and Xbox Project Scarlett aside from a major push into cloud gaming, making it hard to pin down when these successors will inevitably launch.

Following the launch of Treyarch’s Call of Duty: Black Ops IIII later this year, developer Infinity Ward is expected to continue the three year cycle with its own entry in 2019. A recent job listing, however, suggests that the developer is in the midst of hiring “the game industry’s brightest on an exciting, unannounced next gen title.” 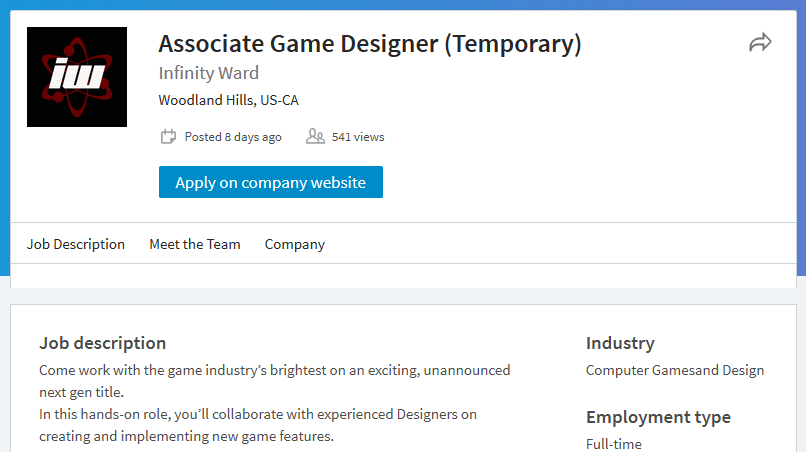 The mention of “next gen” directly refers to the PlayStation 5 and Xbox Scarlett, with references to “a strong interest and passion for First Person Shooter (FPS) games” hinting at the company’s long-term bout with Call of Duty. Treading this narrative sees predictions that both consoles could see a release in the Holiday time of 2019.

Of course, this is far from proof that next-generation consoles will be arriving next year. Infinity Ward’s Call of Duty should realistically be long-in-development by now to make the most of the three-year process. The studio could be creating a team to port the game to new systems in time for release, but there’s nothing to say that this won’t be staggered from the initial Holiday launch we are used to seeing. Furthermore, while Infinity Ward might not have much other than Call of Duty under its belt, it could easily be laying the foundations towards a new IP.

Theories are bound to run rampant in the run-up to next-generation consoles, so take every piece of information with a dash of salt. 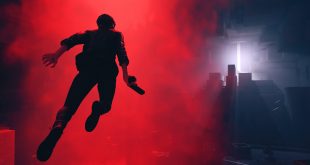