Netflix is constantly expanding its content, some of which is most certainly not suitable for children below certain ages. The latest update to the streaming service is helping with this by bolstering its Parental Controls, introducing the ability to lock specific titles behind a pin.

The streaming platform already endowed parents with the ability to set a four digit pin to restrict titles by their country’s age rating, from the ‘Little Kids’ G or U rating in the US and Britain respectively, to Adults R/NC-17 or 15/18.

This ability will soon be expanded to include a blacklist of individual television shows or movies that parents deem unsuitable for their children. One thing to note, however, is that these will be protected by the same four-digit pin number as the broader categories and therefore limit households with children of all ages from blocking certain titles from some while allowing access to others. 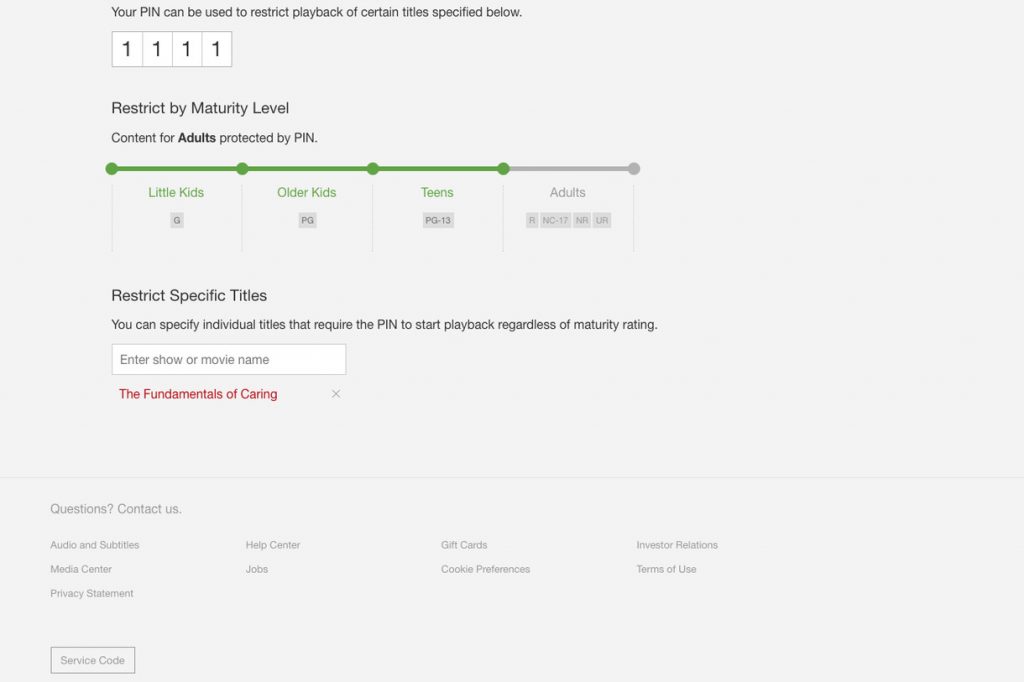 Going one step further, Netflix has also announced that it will display the same maturity levels at the start of each program, ensuring that parents are aware of content their kids are consuming. “We are also continuing to explore ways to make this information more descriptive and easier for our members to understand with just a quick glance,” says the streaming company.

Many have speculated that these new efforts are an attempt to better compete with Disney’s own streaming service, given that its primary focus will be content for family friendly audiences.

It’s expected that Netflix will roll these new updates out in the coming months for all devices, however no specific release window has been announced. Given how vague the current statement is, it is likely that different versions of the applications and the site itself will receive the new update at different times.

KitGuru Says: Netflix has done a good job of prioritising parents up until now, so it’s nice to see them smoothing over some of the bumps. All it needs to do once these features roll out is to boost the content aimed at these audiences.