Select Samsung devices are receiving security updates less than others

While Android offers incredible amounts of versatility, its disparity between manufacturers and carriers can often mean that users are left without the latest update. It seems that Samsung is guilty of this, even issuing security updates less on certain devices than others.

The primary reason for the delay in most Android updates comes from it trickling down from Google into the hands of manufacturers who have to cater it to the individual models that they currently support. Carriers can further delay this process as they must approve the updates before they are distributed. A notable example of this was Razer Phone owners through UK carrier 3 not having seen any updates until KitGuru’s Dominic Moass intervened almost 5 months later. 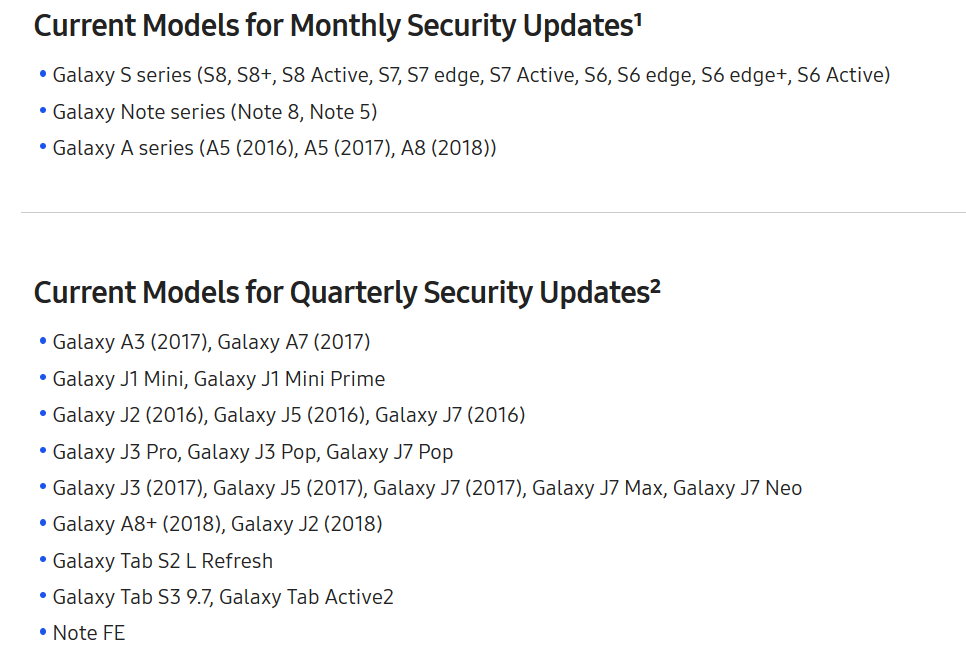 Samsung, however, seems to be delaying a lot of its own updates depending on the model of the device. As shown via Samsung’s Android Security Update policies, only the flagship Galaxy S series from the S6 onwards, the Note 5 and 8 as well as select Galaxy A series of smartphones are eligible for monthly security updates. Other models will still receive some attention to bolster their security, but this will take place quarterly instead.

Many users are already disgruntled that many Samsung devices don’t feature Android Oreo yet, but it’s a controversial move for the South Korean company to stagger security updates dependent on how premium the device is. Additionally, the company prevents users from manually finding and installing updates by locking its bootloader in newer devices, both protecting the handsets further while being an inconvenience to enthusiasts.

Samsung will likely be adding in the Galaxy S9 and S9+ into the “monthly security updates” category in the coming days.

KitGuru Says: Buyers definitely need to consider software updates when purchasing their next device, as well as being aware on how long each handset is supported for. It has made me a lot wearier of Samsung moving forward, as I would never wish to forgo the latest security updates. How do you feel about the company updating the security of low and mid-range smartphones less?