Ubisoft delved into controversial territory earlier this year, highlighting keywords in chat that resulted in an automatic ban for the players that trigger them. After careful consideration, the developer is finally doing away with the system, continuing to quell toxicity with staff moderation and reviews.

There are always casualties in war, and the battle against toxicity is not different. Unfortunately, the victim this time happened to be free speech as Ubisoft implemented its auto-kick system back in March. This became a relatively successful way to crack down on racial, homophobic and sexist slurs, however it simply swapped one form of toxicity for another.

Relatively early on in its life, players began to bait teammates and enemies into saying the omitted words in chat, getting them removed from the match and banned for the duration. Even as the system aged over the months, some of the keywords branched out from offensive territory into offensive-adjacent depending on context, such as the Spanish word for black, enabling malicious players to continue luring unsuspecting players into a ban. 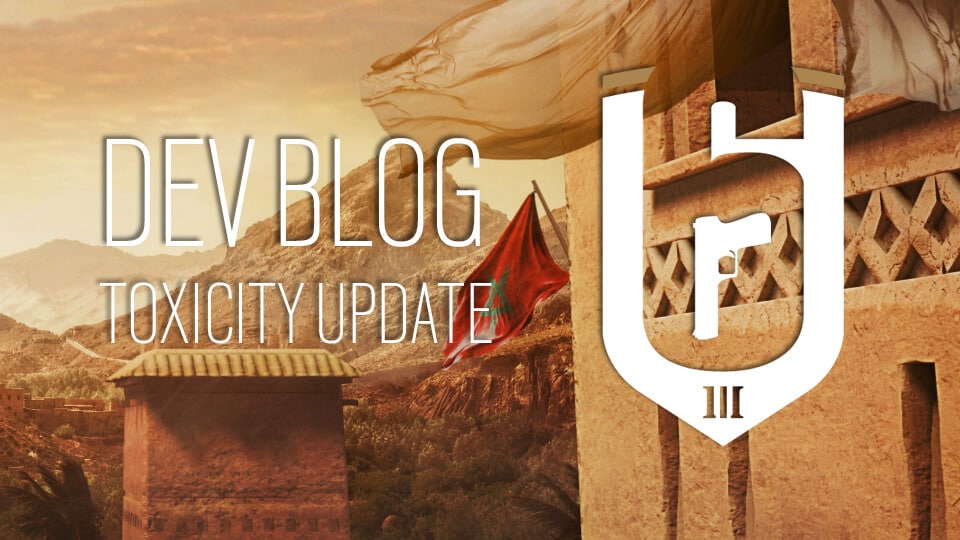 Ubisoft continued to get stricter against repeat offenders, with increasingly longer bans against accounts that were regularly caught in the system. False positives did exist, albeit few and far between, making the system effective but flawed.

The publisher has since decided to go in a different direction moving forward, explaining in a blog post that it will rely on its flagging system to manually review individual cases for offensive “inappropriate conduct.” This is a positive change that should be less intrusive to the players not engaging in bad behaviour, while allowing for context – something entirely missing from the auto-ban system.

From here on out, players that send bad language will be stopped from doing so with the notice that “the following message was not sent and will be reviewed for inappropriate conduct:*word used*.” Ubisoft’s team will then look through the bad actor and determine whether or not it warrants a ban. “For clarity, manual toxicity reviews for temporary and permanent bans will continue in the same way that they have for the last few years,” explains the blog.

KitGuru Says: Personally, adding context in has always been important to me as nothing is ever as binary as an automatic system makes it out to be. I still think that Ubisoft should take the Overwatch-approach by adding in filters that make the bad actor look silly in chat instead. How do you feel about Ubisoft’s change of heart?