Ubisoft has announced that it is officially dropping the controversial Starter Edition of Rainbow Six Siege in favour of a permanent price cut to the Standard Edition. Thanks to its entry-level price point, the Starter Edition is partially responsible for helping to grow the player base of the tactical shooter, but it is also infamous within the community for the sharp grind required to unlock Operators.

The publisher has always opted for confusingly fragmented releases, with Rainbow Six Siege in particular touting five separate versions at one time. While the Deluxe, Gold and Ultimate Editions all added post-launch content onto the Standard Edition, the Starter Edition conversely made it much harder to earn Operators by increasing their in-game price by over six times. 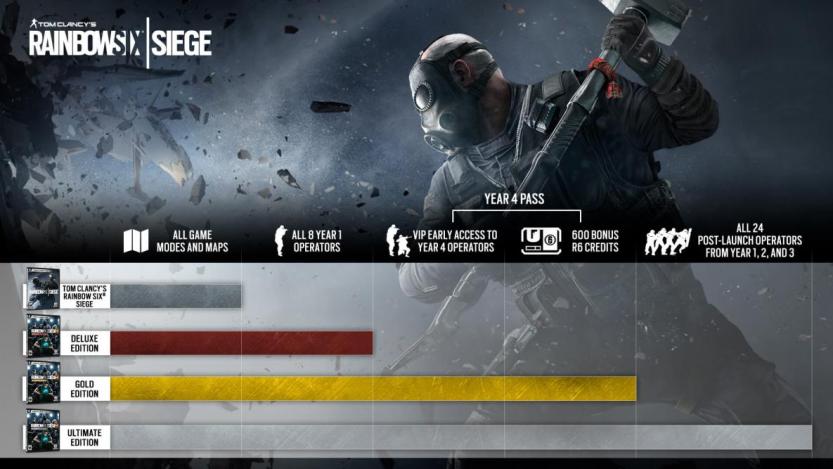 Instead of the absurd 12,500 Renown cost for the original 20, players will now be charged anywhere between 500 to 2,000 Renown as initially intended. DLC Operators will no longer cost 25,000 Renown, but scale depending on how old each addition is heading into Year 4. Ubisoft will reveal more details during the R6 Invitational Finals this weekend.

“All versions of the game will have an introductory discount for up to 70% for a limited time,” according to Ubisoft, with the Standard Edition reduced to just £8.49 on both Steam and Uplay.

KitGuru Says: This is a huge win for new Siege players as Ubisoft continue to grow its player base. Sadly, the For Honor Starter Edition is still available, however it’s worth noting that reception has been considerably better in comparison. Are you excited for Year 4 of Rainbow Six Siege?