Following the announcement of its P101 Silent and NX100 cases, Antec continues to bolster its chassis line-up in 2019. This time, the company has opted for a colourfully futuristic aesthetic with its brand new DA601 gaming mid tower.

The most striking feature of Antec’s DA601 is the stylistic angular front panel with a mesh opening in the centre. Not only does this allow for better cooling, it also enables the provided 120mm Prizm ARGB fan to blend seamlessly with the X-ARGB- Strips on the front. 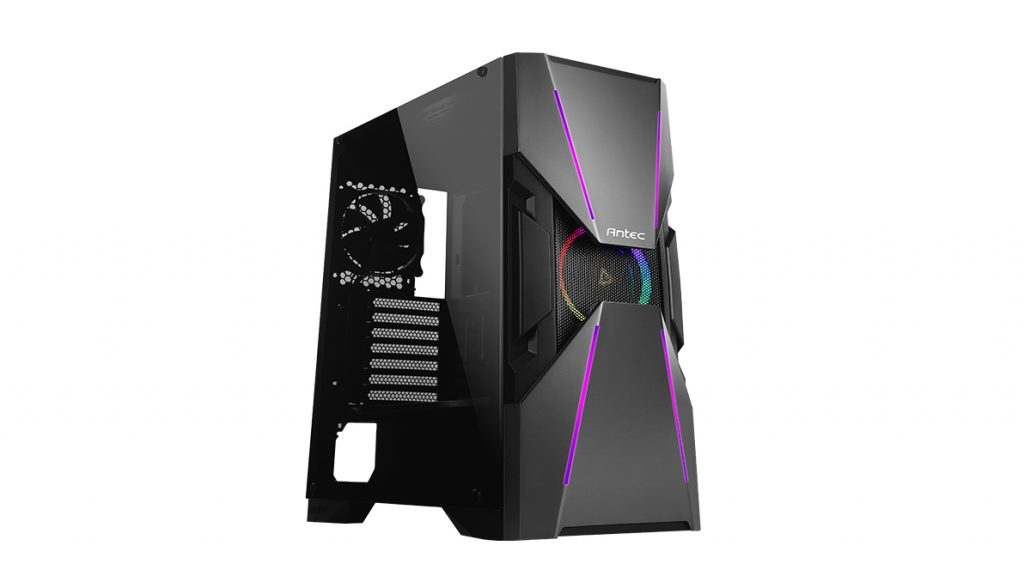 “The DA601 builds on Antec’s popular Gaming case design with loads of cooling and capacity,” says Jack Wu, General Manager Europe at Antec. “With one press of the ARGB control button, users can have simple access to all the LEDs of the whole build, while the high-tech front panel design makes the build shine as a superhero.”

Antec hasn’t given a specific release date for the DA601, but has gone on record to reveal that European residents will get their hands on the chassis for €93 “soon.”

KitGuru Says: The futuristic design won’t be to everyone’s taste, but it is certainly refreshing in a market that’s currently trending with understated designs. What do you think of the Antec DA601?