Respawn Entertainment has been decidedly quiet since EA placed the studio in charge of a brand new Star Wars title, leaving fans curious as to how the Titanfall developer plans to handle it. Revealing the name to be Star Wars Jedi: Fallen Order last month, EA is currently looking ahead towards a tentative 2020 release for the game.

Star Wars Jedi: Fallen Order, as its name suggests, will focus on what happens to the Jedi after the devastating events of Episode III – Revenge of the Sith, but before the iconic introduction of Luke Skywalker in Episode IV – A New Hope. It will take the form of an action adventure game where the player assumes the role of a surviving Padawan that has to avoid being hunted by the Sith. 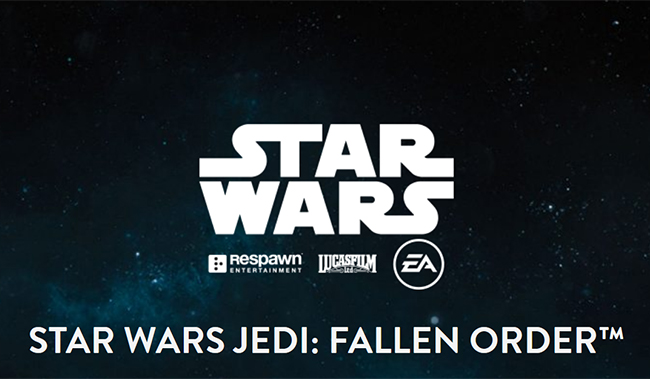 Although the website reveals a launch window of 2019, EA’s recent earnings call suggests that the title might release a little later. “Across EA Worldwide Studios, Respawn is developing Star Wars: Jedi Fallen Order for FY 2020 along with another new project in the pipeline,” explains EA CEO Andrew Wilson. Given that this highlights the fiscal year, rather than calendar year, Jedi: Fallen Order could fall anywhere between October 1st, 2019 and September 30th, 2020.

EA executive Blake J. Jorgensen urges fans to take the information with a pinch of salt, however, explaining that the proposed 2020 date is not concrete, but more of a goal for the team to reach. “Be careful that you don't take 2020 to be literal, as Andrew described it, because we're not giving guidance on 2020 yet,” explains Jorgensen.

There’s no word on what the other new project could be from Respawn, but this has prompted thoughts that Titanfall will make an unlikely, but very welcome return for a third entry. Given that Titanfall 2 was cannibalised by Battlefield thanks to EA’s poor scheduling, the publisher could very well still see potential in the series, but this remains speculation for the time being.

KitGuru Says: I truly do hope Titanfall survived the botched release date and that Jedi: Fallen Order adds to the quality storytelling past Star Wars games have given us. What would you like to see from Respawn’s effort with Star Wars?