Sea of Thieves devs give an hour of gameplay, announce a new comic series

Ahead of its release in March, Rare is giving its Sea of Thieves a lot of attention. First, it reveals a companion comic book and now, it’s given us an hour-long gameplay trailer straight from the developers themselves.

The comic series is being published by Titan Comics, who is also handling comics for other video game titles such as Bloodborne, Tekken and Wolfenstein. The first issue of Sea of Thieves will be released around the same time as the game itself, on March 20th and feature Hulk veterans Jeremy Whitley (Writer, Thor vs. Hulk) and Rhoald Marcellius (Artist, The Incredible Hulks). 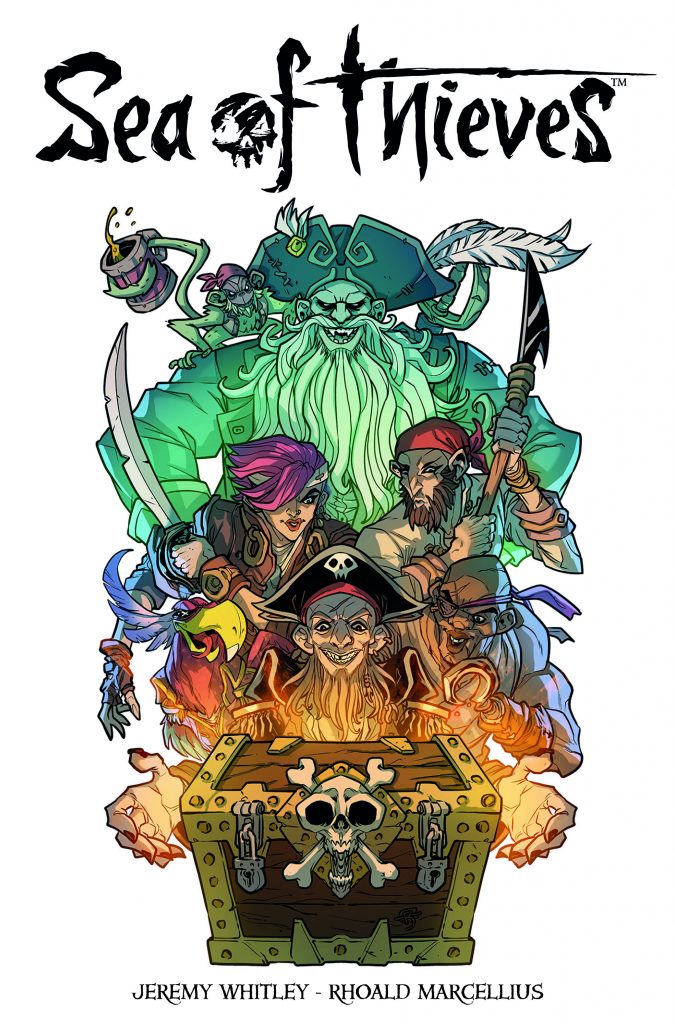 Shenanigans ensue, from tussling with sharks with a pistol to infiltrating an island via firings yourself out of a cannon to battling and boarding other ships. Interestingly, Sea of Thieves rewards players who experiment with solutions to any given problem, while punishing those that don’t adapt to its circumstantial situations.

For example, Mitchell is knocked off course when attempting to fire himself out of a cannon high, forcing him to find another entry point. Or when the team’s ship was outgunned and boarded, so they decided to create a choke point using their treasure as bait.

My favourite part is perhaps when an enemy boards the team’s ship with treasure of their own, essentially acting as a courier service without meaning to.

KitGuru Says: I am excited for Sea of Thieves, which has shaped up nicely over the past few years. It seems like a great mix of casual and puzzle-solving gameplay which rewards teamwork. Are you looking forward to Sea of Thieves?