Throughout the past couple of years, Valve has stepped up its efforts in controller support, adding native compatibility for PlayStation 4 at the end of 2016. Now Nintendo’s Switch Pro controller is getting the same treatment, removing the arduous process of file shuffling in favour of plug and play.

As always with the open nature of PC, players have always been able to make use of the Nintendo Switch Pro controller since it released in March last year, however it required a lot of effort to enable. The method utilised third-party programs and only allowed for Bluetooth connectivity, forgoing a wired connection even simply to charge while playing.

Steam’s beta version of the client gets rid of all of this, even enabling the gyro function and d-pad. “We think it is a great device with a feature set that pairs nicely with your Steam catalog,” says Valve explained its latest blog post, “The d-pad is ideal for fighting games and platformers and the gyro enhances aim in your action/FPS titles.” 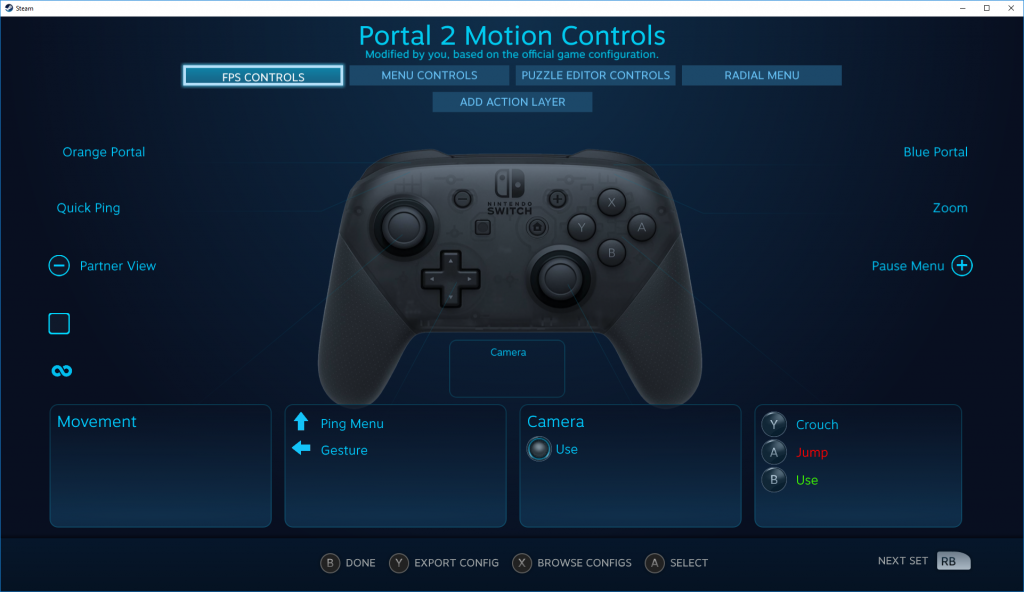 To see the Nintendo Switch Pro controller available on Steam’s Controller page, users simply have to opt into the beta client. To do this, head to ‘Steam’ in the top-left corner and select ‘Settings’ from the drop-down menu. On the default ‘Account’ menu that appears, click ‘Change’ under the ‘Beta participation’ section. Once the ‘Steam Beta Update’ has been selected and the client has been restarted, the Switch Pro controller should now appear.

“The full functionality of the Steam Input Configurator is at your disposal: bind the gyro, add radial menus, create action sets, etc.,” Valve said. “If you prefer to start from a community config, press X and browse the options.”

Booting up any game should elicit built-in compatibility with the ability to customise controller configurations on the fly. The only problem users might find is the analogue triggers, which particularly don’t help with the acceleration in racing games.

KitGuru Says: Personally, I find the Nintendo Switch Pro controller one of the most comfortable I’ve used, so I’ve been hoping for native Steam support. Still, it looks to be suited to specific titles over its competitors, so it will be interesting to see how tests and comparisons stack up. Would you choose the Switch Pro controller on PC?