While there’s a lot to get excited about with the Borderlands 3 reveal trailer, it’s the return of Rhys from Telltale’s Tales from the Borderlands that is causing a bit of controversy behind the scenes. Original voice actor Troy Baker claims that he wasn’t offered the chance to return, while Gearbox head Randy Pitchford states that it was the voice actor that turned down the role in the first place.

At this point in his career, Troy Baker is a pretty prolific voice actor with starring roles in some of the best games in the past decade, including BioShock Infinite, The Last of Us, the Batman: Arkham series, Infamous: Second Son and many, many more. He made a lasting impression in Tales from the Borderlands with his character-driven comedic delivery, with many fans hoping to see Rhys and crew jump ship into the main series. 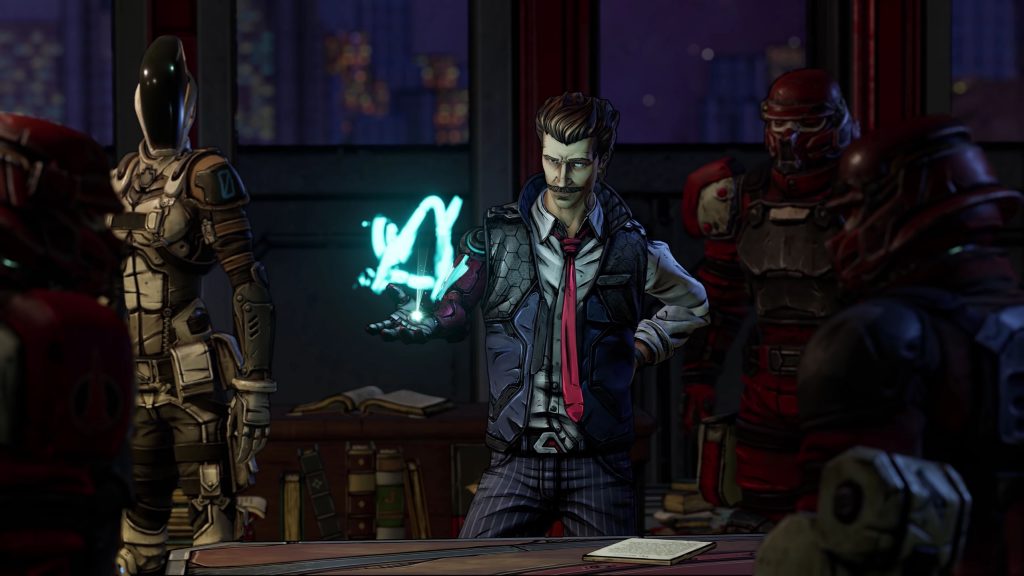 We managed to get our wish with Borderlands 3, but Baker revealed a major caveat to keen-eyed fans that spotted his character during a Melbourne-based convention. “I’m sorry to break it to y’all, that isn’t me. If Gearbox decides that they’ll let me do it, that’ll be awesome,” he continues.

“I have no idea. There was a possibility that I was gonna be in it, then I saw that epic, epic trailer, and everyone’s like ‘oh my god, there’s Rhys!’ And I went, ‘well, there we go. I’ve never done this before, but I would love for Gearbox to know that it’s not about me, it’s about that character,” Baker continued, saying that “if they’re going to bring back characters from Telltale Borderlands, it should be the people that originated the characters.”

Baker’s Twitter feed was subsequently filled with tags to the Gearbox studio and CEO Randy Pitchford, expressing his desire for the role and disappointment that he wasn’t given the chance. The only problem with this version of events is that Pitchford has since revealed that there was talks to bring Baker back, but he actively turned down the role.

“He’s great – an incredible talent. I felt like we discovered magic when we first cast him in Brothers in Arms. His work there proved his talent to the video game world and he has been crushing it ever since,” Pitchford added, praising Baker’s acting talent.

There has obviously been a major communication issue somewhere along the line for two people to be so disjointed in their accounts. Hopefully all will be revealed before Borderlands 3 launches on September 13 for PlayStation 4, Xbox One and the Epic Games Store. Steam users will have to wait approximately six months longer.

KitGuru Says: Personally, it would be amazing to see Baker step back into the shoes of Rhys, but Gearbox could get around the issue given that the character has aged and is part robotic. Who knows what other enhancements have been made in that time. Still, it would be much better to see the actor that brought the character to life in the role.