Not all is equal in Destiny 2, as an on-going timed exclusivity deal with Sony ensures that new content hits the PlayStation 4 before it comes to other platforms. Bungie has inadvertently reminded us of this over the weekend, when the developer accidentally released a PS4 exclusive weapon onto PC and Xbox One, before abruptly revoking access once again.

Alien salesman Xûr went about his usual rounds at the end of last week, with players noticing a new weapon in his inventory. Dubbed Wavesplitter, players naturally bought and used the gun as they would with any other purchasable, but have since been told that this was a mistake and was only meant for the PlayStation 4.

As a result, community manager Cozmo explained on Bungie’s forums that the developer is “investigating” into why the weapon was made available on other platforms and will be issuing a “fix” to prevent the weapon from being usable on unauthorised platforms. 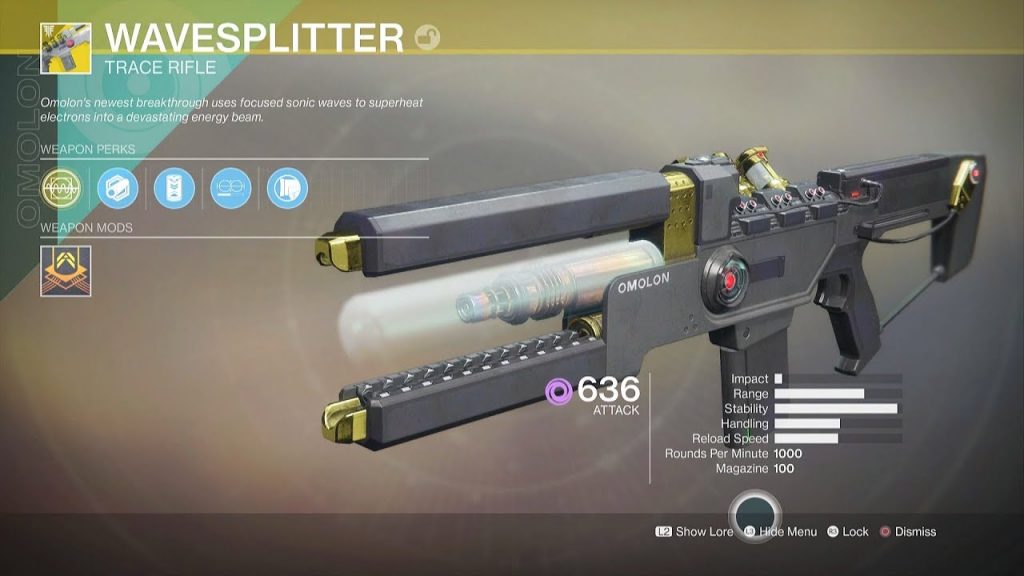 “In the meantime, Xbox and PC players who acquired the weapon will be able to use it. After the fix goes live, they will still have it in their inventories, but will not be able to equip it until this weapon enters the general Exotic loot pool in September 2019,” continues Cozmo.

Sony’s timed exclusivity deal has been in place since the game’s launch back in 2014, seeing maps, strikes and sometimes weapons live on PlayStation 4 up to a year before they reach other platforms. The terms of this deal have been called into question in recent months however, as Bungie is now an independent studio following its split from Activision at the beginning of the year.

Only time will tell what the future holds for Destiny 2 and its eventual successor.

KitGuru Says: Owners of the Wavesplitter on Xbox One and PC will at least be able to show off the item as a trophy until it becomes active again later this year, but it still feels like salt in the wound after previously being able to use it. How do you feel about timed exclusives? They certainly provide extra funding for a game, but is it worth the disparity?