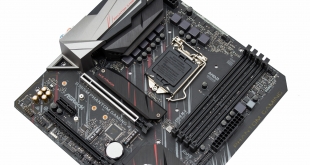 With Intel's processors offering so much of their performance right out of the box, the necessity for overclocking on gaming systems has diminished. Higher Turbo frequencies have meant slimmer and slimmer overclocking gains to the point that motherboards without overclocking are still attractive options. Enter the ASRock B365M Phantom Gaming 4, a gaming motherboard on a seriously affordable budget. 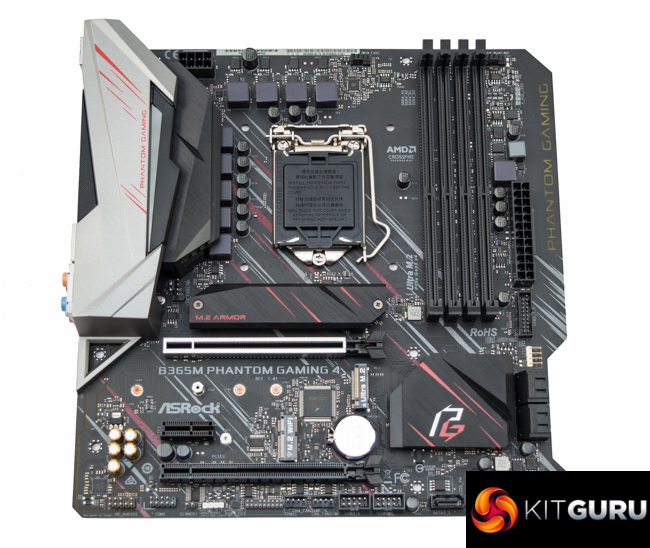 The Intel B365 chipset is the “successor” to the B360 chipset, though in many ways this is in name only. B360 was first manufactured as part of Intel's 14nm Coffee Lake product stack but due to delays on the 10nm process, increased demand for 14nm products led Intel to making difficult decisions on how to prioritise production.

One of those difficult decisions culminated in the “new” B365 chipset which was essentially “turning back” to 22nm silicon to free up 14nm for higher-margin product offerings such as high-end processors. Though for the budget buyer it may not make a significant difference what generation of silicon the motherboard chipset is formed from, it is only the features that really count.

Looking at features Intel's B365 delivers less than B360 in some areas, such as no native USB 3.1 (10Gbps) support or Integrated Wireless functionality. Intel has attempted to balance this out with boosts in other areas by increasing USB port count from 12 to 14, PCI Express lane provision from 12 to 20 and adding SATA/PCIe RAID support.

On the whole there's nothing to be concerned about for budget system builders, most users will struggle to discern the difference and in practice it is only the missing USB 3.1 10Gbps ports that might be noticed, even though some vendors may add this connectivity back with extra hardware at additional cost.

ASRock's specific implementation of B365 is designed with a gaming theme and its micro-ATX form factor choice is something of a rarity these days. ASRock's implementation covers many of the key bases we've come to expect in recent generation motherboard products such as support for dual M.2 drives, M.2 cooling, onboard RGB lighting, additional RGB lighting strip support and a stylised gaming aesthetic.

ASRock has chosen not to put USB 3.1 10Gbps connectivity back on this board, likely to keep costs down, but it does leave a designated M.2 WiFi port ready to be used to get around the lack of native WiFi connectivity on B365. Though again, probably for cost reasons, a WiFi card is not provided as standard but is available as an optional extra purchase for those that require.

Is a gaming motherboard without overclocking a feasible proposition? Let's find out how the ASRock B365M Phantom Gaming 4 gets on during our testing.