Update (6/12/17): The official unveiling of the new desert map has now revealed it will be titled ‘Miramar’ instead of Valle Coronado as the below datamine originally suggested. Along with the title, Bluehole also gave further details regarding what to expect from Miramar in the form of six new screenshots, including a first-look at the waterfront and a finalised version of the map shown below. Although the change isn’t as great as it was from the original version, there are minor tweaks to look out for including name changes and the omission of the lesser relevant names, such as the Production Studio in the top left.

The other week, dataminers gave a first-look at PlayerUnknown’s Battlegrounds upcoming desert map from a birds-eye perspective.  It seems that the developers have been hard at work, as its most recent leak shows the map is nearing completion.

The leak comes courtesy of Redditor bizzfarts over on the title’s subreddit, with the image showcasing the official names of areas, as well as the official name of the desert map itself, now called Valle Coronado. This unfortunately means that the Mad Max-style naming has changed, with Murderland becoming Santa Domingo, Rage changing to Monte Nuevo and the big city Hard Luck swapped for Los Leonas.

Of course the render itself is a lot more detailed, showing the depth of the terrain, making it easier to predict where the best choke points will be. 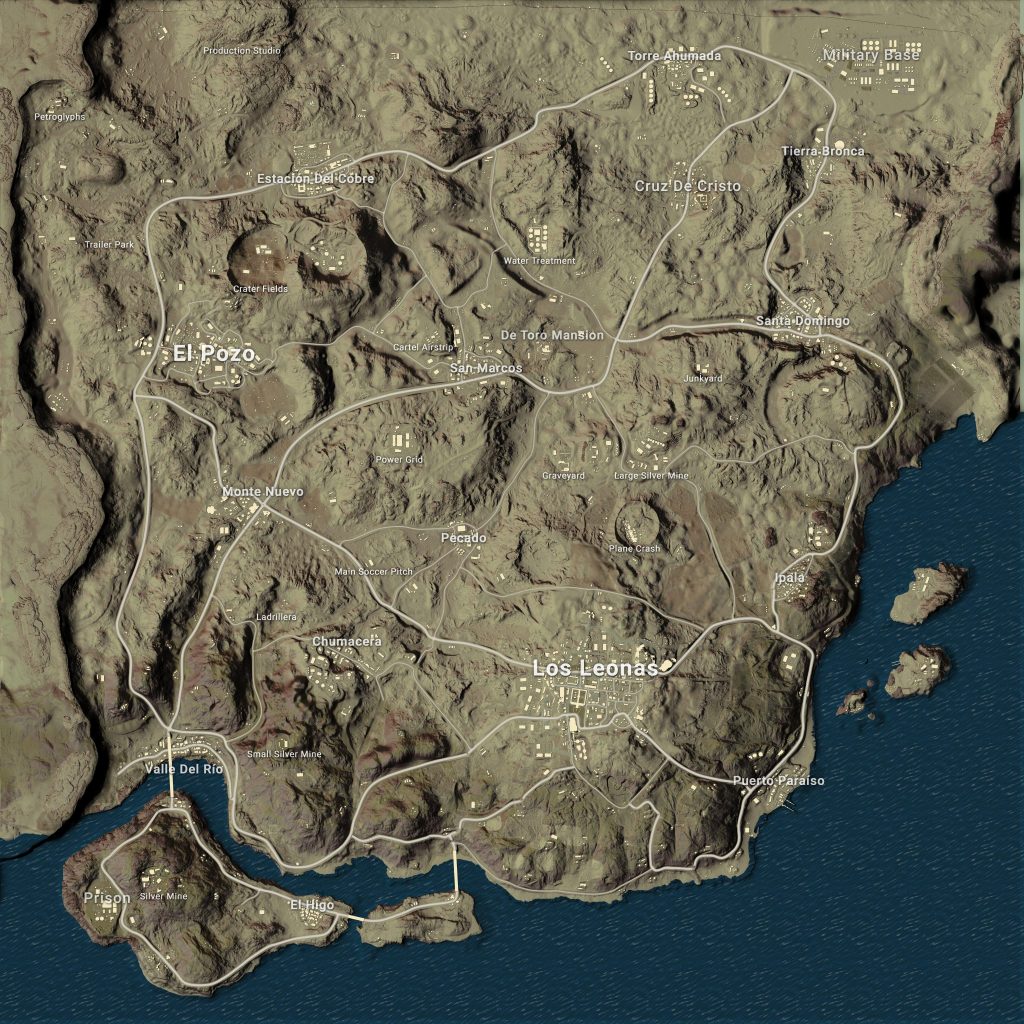 Alongside the new details of the desert map comes datamined image of three new Western-styled weapons. This includes the iconic Winchester 1894 lever-action rifle, a revolver by the name of Rhino and a sawed off double-barrel shotgun. It’s currently unconfirmed if any of these will make their way to the game, but my bet is that they will be exclusive weapons to the sandy environment of Valle Coronado.

PUBG is currently set to release on Xbox One on the 12th December, while it will get its full release on PC, hopefully, before the end of the year. The desert map is expected to accompany version 1.0, and thus hasn’t received a confirmed launch date just yet.

KitGuru Says: I don’t know about you, but I really liked the Mad Max-style naming that the developers used for working titles. I guess the Spanish influence works just as good though. Are you excited for the upcoming map?