In a bid to make Steam a more open platform, Valve said it would begin to allow almost all legal content back in June, so long as it isn’t trolling or a scam. This includes dropping its long-term feud against games with sexual content, however Valve has warned developers that the features required to house their games could still be months down the line.

Although Valve’s new policies should render these games safe, Valve will still be handling the approval process manually once it has the necessary features in place to appropriately advertise such content on its storefront. Dharker Studio explained to Gamasutra that these features are still a way off as its visual novel Negligee: Love Stories currently states its availability is “When Steam Says OK.” 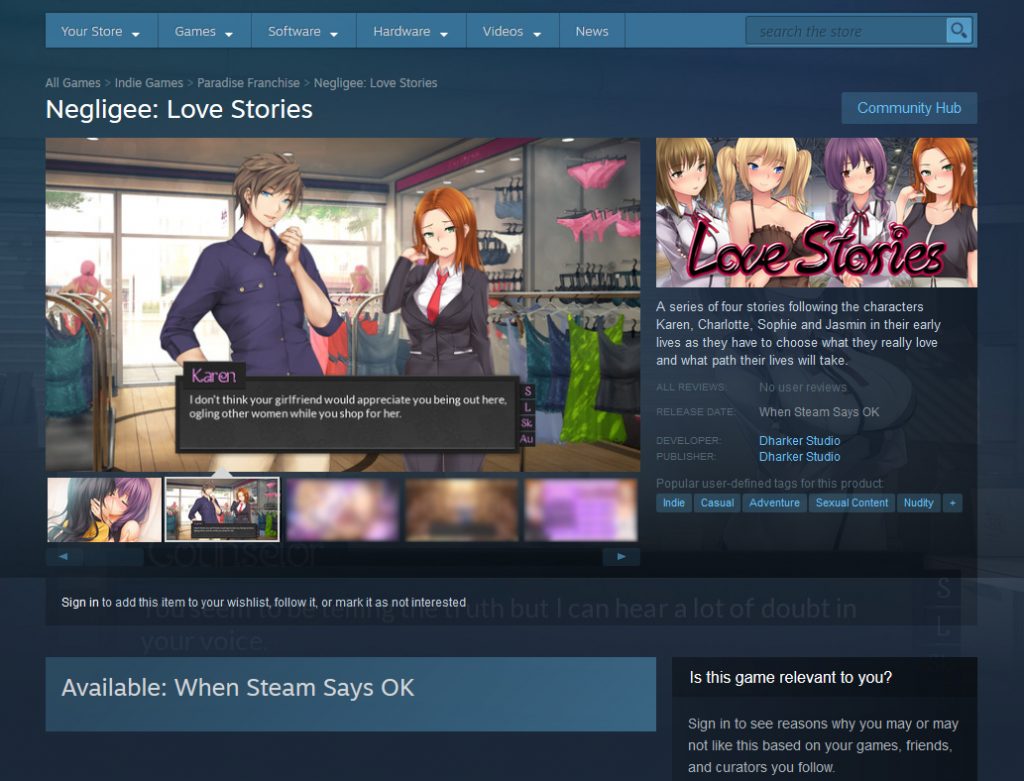 “We’re right in the middle of building some features into Steam for customers to be able to choose the type of products they see in the store,” Valve rep SeanJ wrote to Dharker Studio. “Your game has content in it that needs these features to be completed and shipped first. You’ll have to do some additional store page work around describing the content in your game once we have completed those features. We don’t have an exact timeline for those features though, so please be patient as we complete the work.”

The work “is progressing,” according to the representative, however it is still “not close enough to give a time frame.” Due to this, developers are expected to “assume months at this point.” At the very least, Valve is still maintaining its plans to open its platform up and scrutinise less, which could see much less censorship moving forward.

KitGuru Says: It’s a shame for visual novel enthusiasts that this is set to take much longer, but it’s better than not getting the games at all. Once in place, the new system is likely to set a precedent allowing for developers to focus on quality rather than following ever-changing guidelines. How do you feel about Valve’s new stance on explicit content?