As the first anniversary of Assassin's Creed Odyssey approaches, Ubisoft has prepared a special update to celebrate the milestone with an anniversary event and a brand-new mount being given away for free to all Odyssey players.

As part of the announcement, Ubisoft thanked all players in the Odyssey community for playing, discussing and sharing their favourite moments of the game. The anniversary celebration will include the game's last title update patch, and a huge Epic Encounters event running for five weeks straight.

One of the freebies players can look forward to is a brand new mount called Melania. As Ubisoft puts it, “this magnificent horse will turn any misthios into a flamboyant hero”. Beyond that, there is a five-week long special in-game event, with every previous epic mercenary or ship re-appearing for you to take down. If you missed out on any of them over the last year, this will be your chance to catch up and claim full completionist status. The full event schedule for Epic Encounters can be found HERE. 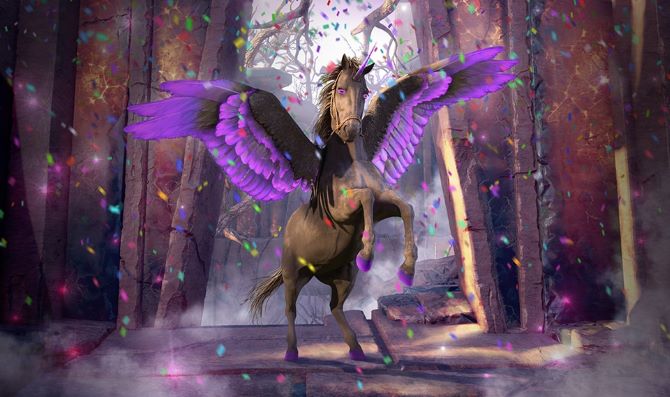 October will also see the release of Odyssey's final title patch, with V1.5.1 bringing along some bug fixes and possibly a few extra bits that Ubisoft may detail later on in the month.

As a final highlight of the anniversary celebration, Ubisoft has also listed a bunch of community achievement stats collected from the 645+ million hours worth of playtime since launch. Over the last 12 months, players have taken over 48 million in-game photos, 20 billion enemies have been sent to Hades and whenever presented with the dialogue option to flirt with other characters, 71.5% of players took the opportunity. There are some other interesting stats on the October Update post, including how many hours players collectively spent flying Ikaros, how many weapons have been collectively dismantled, in addition to the percentage of players that leaned towards one major dialogue choice or another.

During this month's event, players will earn more Orichalcum. Each day, defeating the special event mercenary or ship will earn players 15 Orichalcum, giving you a total of 105 instead of the usual 40 per week. After the special event ends in November Epic Encounters will return to normal.

KitGuru says: Have many of you been keeping up with Assassin's Creed Odyssey and its post-launch content updates? Will you be jumping back in for the anniversary event?