With the potential for 8K displays becoming more mainstream next year, the demand for cables with sufficient bandwidth to carry the high resolution is increasing. The premium fiber optical cable manufacturer VIVIFY has just announced a new HDMI cable that is capable of doing just that.

The launch of next-generation games consoles next year touted to feature 8K resolution in some form, along with the 2020 Olympics in Japan being broadcast in 8K means consumers will require HDMI cables that are able to deliver true 8K signals. With 48 Gbps bandwidth, the VIVYFY Arquus M75 fibre optic cable is the world’s first next-generation true 8K-ready gaming HDMI cable.

“With the lack of support for what’s to come as the industry players are still rolling out video products supporting legacy HDMI, VIVIFY raises the bar in quality and speed standards, helping the industry make the leap towards redefining what is high resolution. VIVIFY is proud to usher in an era of high-quality video and audio that will delight gamers, home theatre enthusiasts, videographers and commercial AV users alike.” Sean Chen, CEO of VIVIFY.

The Arquus W75 HDMI cable from VIVYFY is the result of influential brands in the audio and visual industry coming together to discuss requirements for upcoming innovations. The cable has been tested with the Samsung 2019 QLED 8K Q900 and LG Nano 9 series 8K televisions. It passed performance tests with flying colours and even performed above expectations according to VIVIFY. In addition, the Arquus W75 was subjected to internal and thorough 3rd party lab testing, where signal quality and capability performance was confirmed. 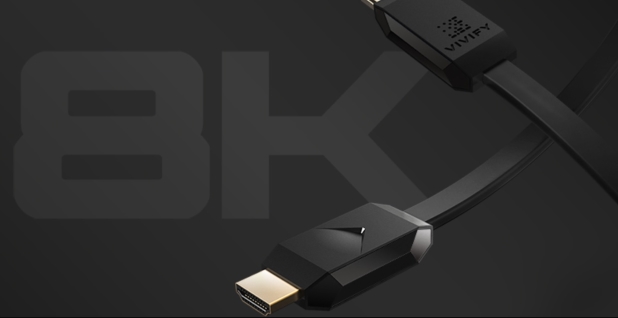 KitGuru says: What do you guys think to this 8K optical fibre cable from VIVIFY, would you be willing to splash out $199 on a HDMI cable, even if it is regarded as high quality?