The annual Hallow’s End event started in both titles on 18th October and is set to continue through to 1st November. According to World of Warcraft, observed by both the Horde and the Alliance, Hallow’s End is a celebration of the break between the Forsaken and the Scourge

“Many tricks and treats await adventurers seeking holiday fun, including defeating the Headless Horseman, visiting inns and cities for fun items such as masks and costumes, and eating way too much candy in one sitting.”

The event will take place on Stormwind, Ironforge, Darnassus, Orgrimmar, Undercity, Thunder Bluff, Dalaran, Shattrath, Exodar, Silvermoon and any inn. A currency called ‘Tricky Treats' will be used to purchase candies and other special rewards. Tricky Treats can be collected by completing quests and by opening pumpkins spread throughout inns around the world. 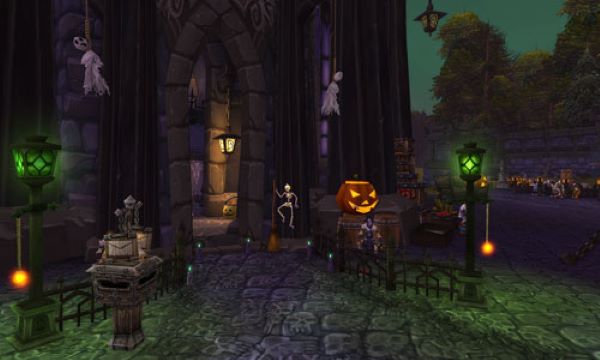 Hallow’s End quests include a seasonal boss, the Headless Horseman, for players to participate in a high-level encounter against and receive a loot-filled pumpkin reward. Light My Fire allows players to visit the Wickerman celebration and obtain quests for rewards. Stink bombs can be dropped on opposite factions’ celebrations so players can volunteer to help clear up the mess.

A bunch of seasonal items have been added too, including seasonal mounts, seasonal pets, new costumes and seasonal food and beverages. The Loot-Filled Pumpkin, a daily reward from the Dungeon Finder for defeating the Headless Horseman, has a chance to drop a stylish flying mount: the Horseman's Reins!

KitGuru says: Halloween is just over a week away and celebrations have already started in the gaming worlds. are you getting into the spooky Halloween mood?