EA doesn't have much going on outside of sports titles in the latter half of this year, but early 2023 is looking very crowded. During its recent earnings report, EA revealed plans to release five games between January and March 2023, including a remake and a ‘major IP'.

In the first quarter of the fiscal year of 2023, EA will be launching Apex Legends mobile and F1 2022, coming on July 1st. In the next quarter, we'll get the yearly Madden NFL release and the last FIFA made by EA Sports after 30 years of partnership with the football corporation. Finally, for Q3 of FY23, we'll get the much-anticipated Need for Speed developed by Criterion and a new NHL title. 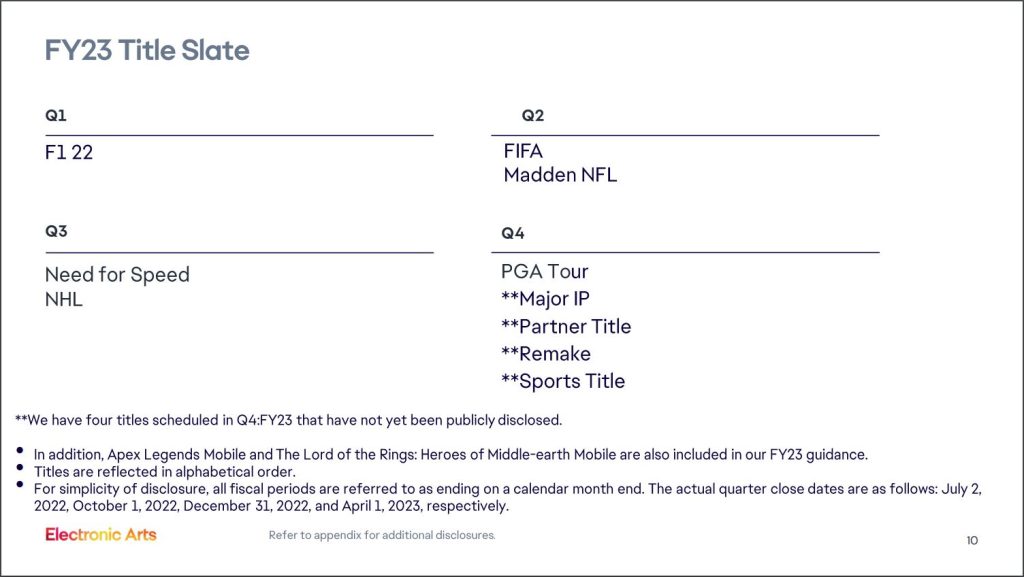 In the last quarter of the fiscal year, we know EA will launch five games. However, only one is known, and that's the new PGA Tour. The other four are still unknown, but at least we know there's a remake, a “sports title”, a “partner title”, and a “major IP”. The remake mentioned is likely the Dead Space Remake, which has already been announced but does not have a public release date yet. I

As for the sports title, it could be anything from a new UFC to a new WRC, now that Codemasters is part of EA and has the rights to the official rally games.

The “partner title” is also a mystery. Considering the latest third-party games published by EA, it could well be a high production value “indie” like Lost in Random, Unravel (1 and 2), A Way Out, and It Takes Two. Finally, the new ‘major IP' release could be anything from Star Wars Jedi: Fallen Order 2 to Dragon Age 4, as both are targeting 2023 release dates.

KitGuru says: While all of these games are planned for early 2023, we imagine a couple of these games will end up being delayed to later in the year.