Not long ago, Igor's Lab (via VideoCardz) shared the possible release date for the Ryzen 4000 “Renoir” APUs, scheduled for a “silent” launch on July 7th, and that there will be more SKUs than initially thought. Igor's Lab also stated that these APUs may only be available for system integrators, which would be an unpleasant surprise for someone waiting for a new Ryzen processor with integrated graphics capabilities. 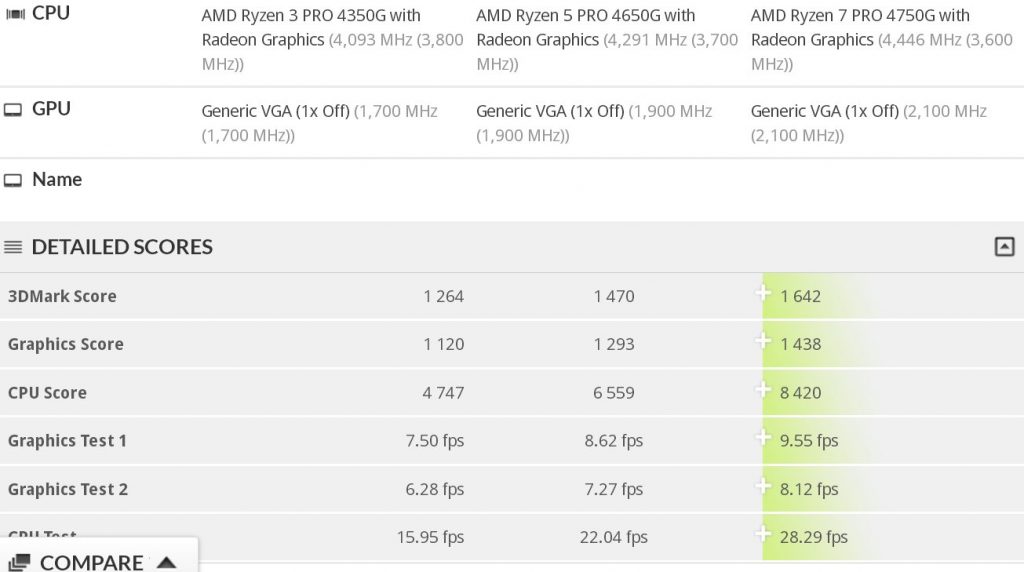 To further solidify Igor's claims, @TUM_APISAK shared some listings from the 3DMark database, showing the new Ryzen “Renoir” APUs and some of their technical details, such as core and thread count, GPU and CPU clock frequencies, and benchmark scores for 3DMark Time Spy. In the image above, you can see a comparison of the scores of each of the 65W TDP Ryzen Pro “Renoir” APUs.

KitGuru says: Are you waiting for the Ryzen “Renoir” APUs? Do you think they will offer much performance improvement over the current-gen parts?