No More Heroes III is coming to PC, Xbox and PlayStation this year

After a year or so of Switch exclusivity, No More Heroes III is officially heading to other platforms. Later this year, the game will land on PC, as well as Xbox and PlayStation consoles, offering improved visuals, better frame rates and faster loading times.

If you have experienced the first two No More Heroes games on PC, you can now complete the trilogy without needing a Switch. The game will be coming to Steam and Microsoft Windows Store this Fall. Moreover, the game is coming to PS4, PS5, Xbox One and Xbox Series X|S. 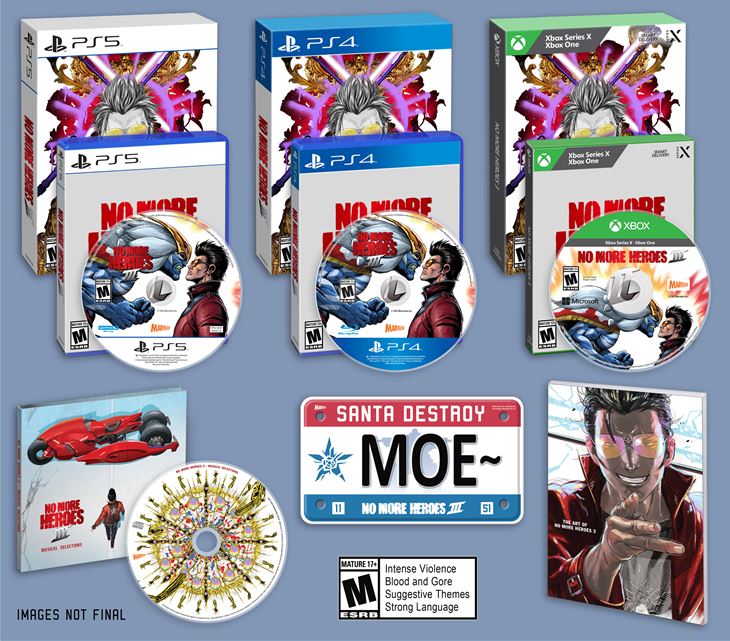 In No More Heroes III, you continue on the story of Travis Touchdown, an otaku hero responsible for defending the world from an alien invasion led by Prince FU and his henchmen. Fight with beam katanas and use the new Death Glove to fight off the alien species and prove to everyone that you're not the washed-up hero they think you are.

In addition to the digital version, XSeed Games (NA publisher of the No More Heroes series) will soon allow fans to pre-order the Day 1 edition of the game, available for $59.99. This version includes a softcover art book with over 70 pages, a CD featuring songs from the OST, and a Santa Destroy commemorative biker license plate. All these will be packed in a custom box with an original illustration by character designer, Yusuke Kozaki.

Previous Insomnia i68 welcomes gamers at the NEC
Next Intel Arc A770 desktop GPU spotted running at 2.4GHz