Home / Channel / Event / Insomnia i68 welcomes gamers at the NEC

Insomnia is back at the Birmingham NEC over the Easter weekend, so KitGuru headed up to check out the event and stands. After Covid completely killed i66, there was a possibility of i67 taking place around August 2021 – but it was not meant to be. As such, those numerals are lost in time and this event is official i68. With organisers hoping for up to 40,000 people passing through Halls 2, 3 and 4 this year – including almost 3,000 in the Bring Your Own Computer (BYOC) space – could this represent a return to grace for the troubled show?

Originally started with a small group of mates in an upstairs room at a pub back in 1999, Insomnia grew into some kind of monster by 2015. Over those 16 years, it incubated at Newbury Race Track, expanded into Stoneleigh Park, moved across to Telford and the Ricoh Arena in Coventry – before eventually maxing out at the NEC. At that stage, it became part of the GAME empire for around £20 million, with stands filling multiple halls and queues of hundreds of fans waiting to get signatures and photos with everyone from Sidemen to Sweet Anita.

This year's event is under a new management umbrella that brings back many of the people who helped build Insomnia in the first place, so it will be interesting to see how the brand gets re-built after the pandemic.

ASUS had arguably the largest hardware stand on the day, giving gamers a chance to try the latest 12th gen Intel-powered PCs alongside a range of gaming peripherals and on-stage giveaways. 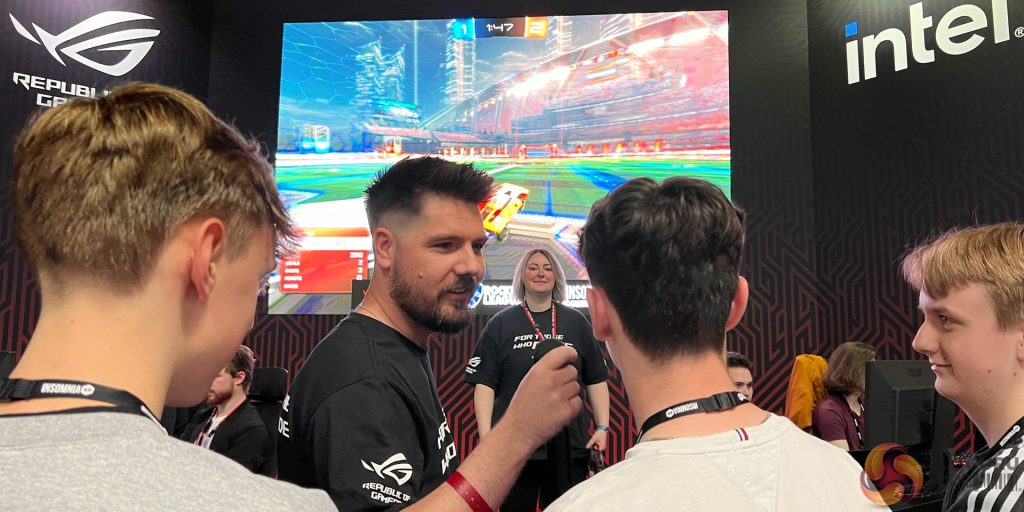 Novatech had its Reign PCs at the event – but that zone was largely obscured by a British Army battle tank and a crew in camouflage who were trying to tempt young gamers into joining the armed services for real. 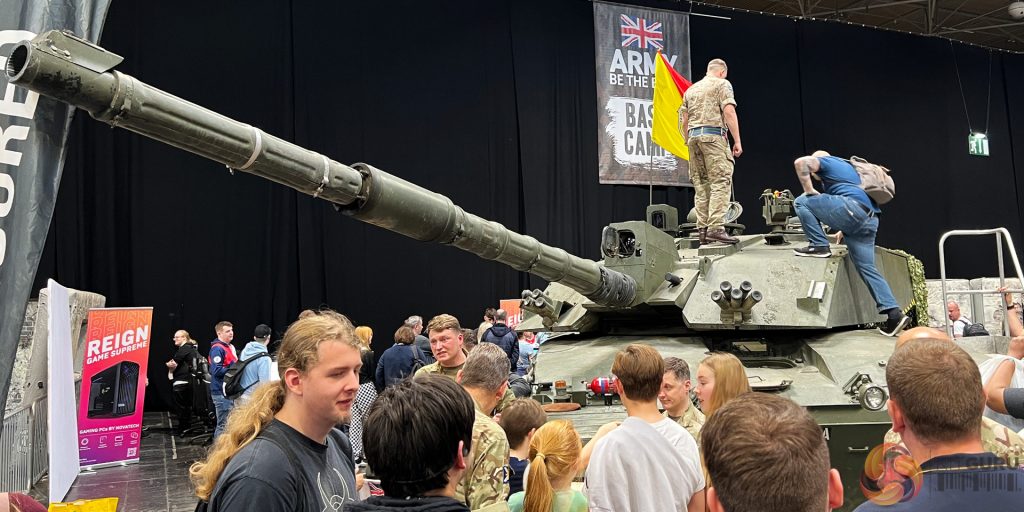 Some of the latest technology could be found inside builds from companies like PCSpecialist and, overall, there were plenty of chances for visitors to get hands-on with the technology – even if many of the main brands had chosen to stay away. 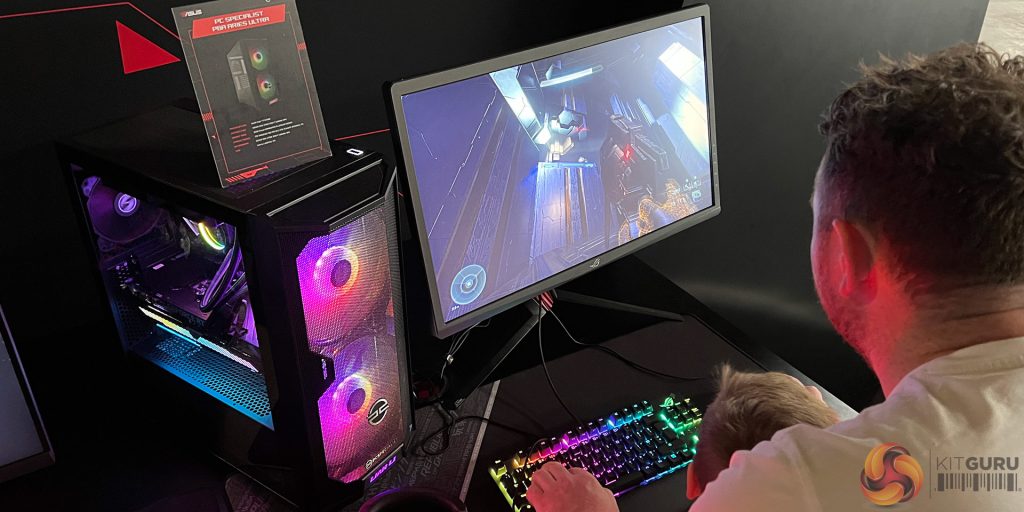 There were a lot of cosplay stands and companies selling specialised merch – all of which had plenty of customers. 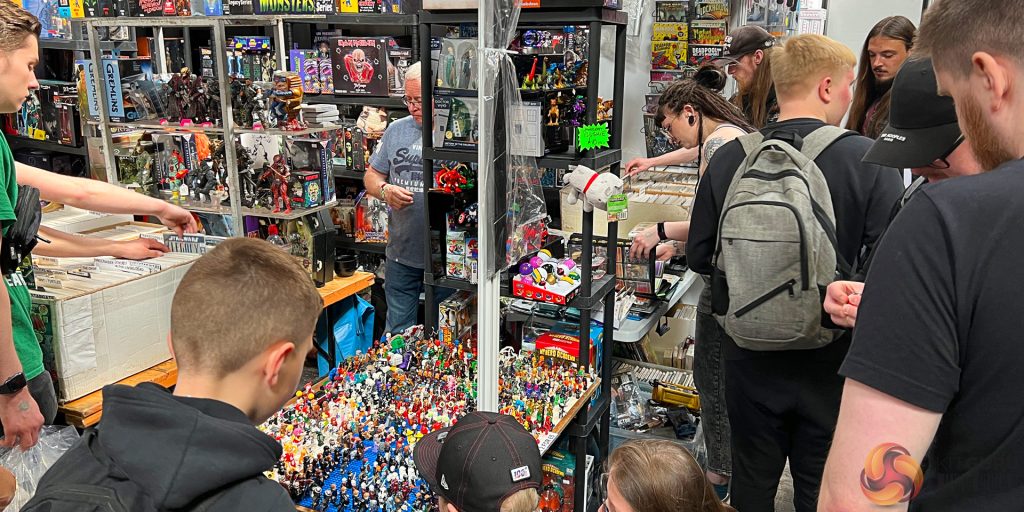 You'd traditionally find energy drinks giving away tons of samples at Insomnia events, but the busiest stand this year was probably the Jack Links Beef Jerky stand. Unusual to see as we journey to a veg-ful life in the future, but a welcome stopping point for the carnivores who attended. 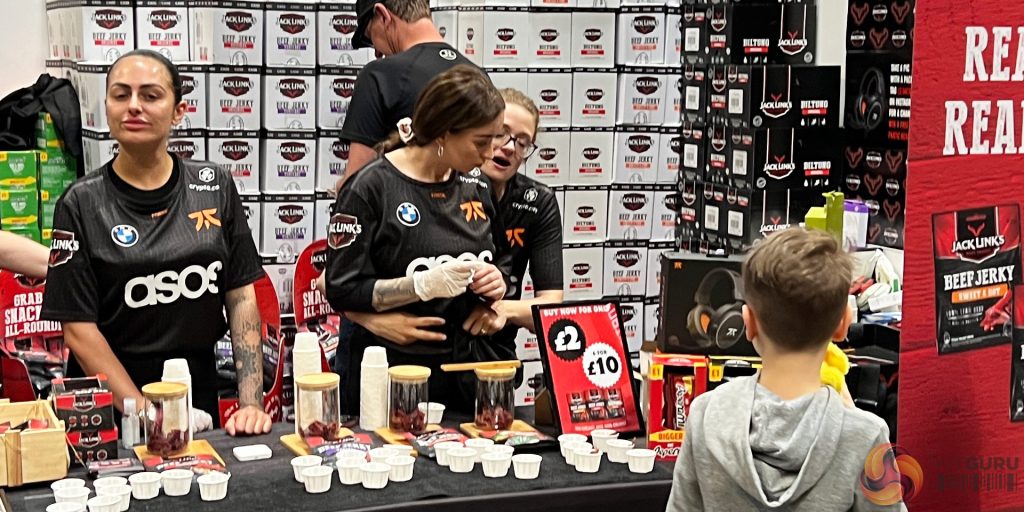 The event itself can get noisy, but there are waiting zones and plenty of restaurants, just in case parents want to drop off their teens and come back for them later. The whole of the NEC building is really wheelchair friendly and ‘Carer Tickets' are available.

If you're thinking about going, but you're not sure what kind of ticket you might need – there's a handy little flowchart over here. If you fancy helping the Insomnia team at future events, then they are always opportunities for volunteers and you can find them here.

Full details on the show here.

KitGuru says: It doesn't have the feel of the Newbury days, but there was a decent crowd inside the building. If the organisers can double-up on the stands for i69, then it might be worth making a note in your calendar.