As seen from this table looking at PassMark PerformanceTest v9 scores, when ordered with highest Thread Rating scores at the top, most top scorers are from AMD, with Ryzen 7 PRO 3700 in an outright lead with a score of 3027. On the other hand, the top scoring processor from Intel is in the 3rd position, specifically the Intel Core i9-9900KS with a score of 2992. 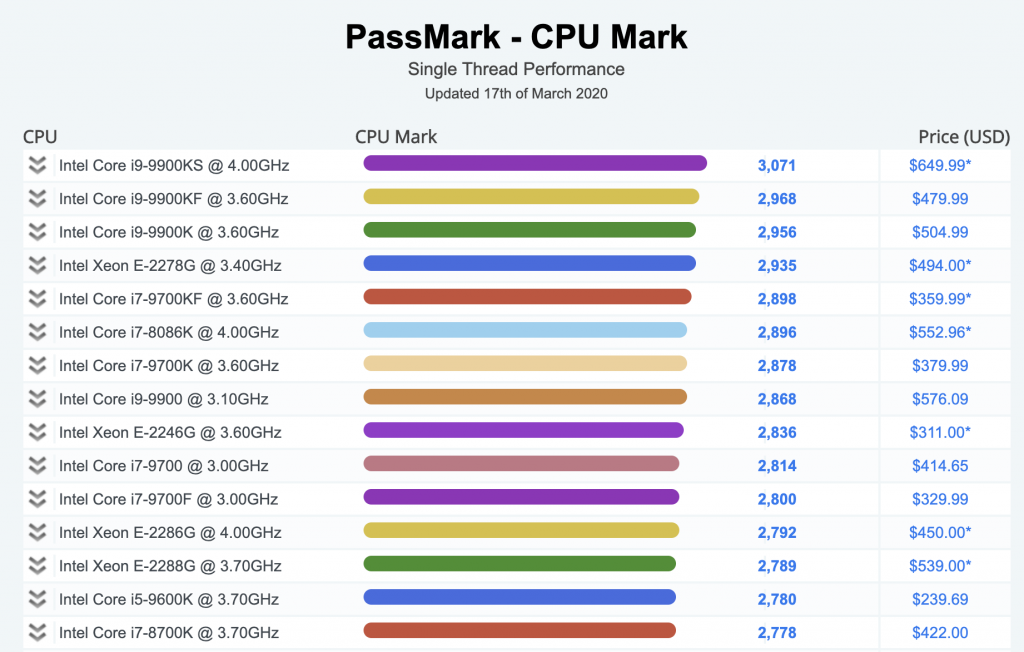 According to Notebookcheck, “there have been a few accusations” (via Reddit, Twitter) of Intel bribing PassMark because the benchmark is now using the AVX512 instruction set, but PassMark has dismissed that allegation. According to David, managing director at PassMark, the benchmark development team should have “scaled down the PT10 single-threaded result to match the PT9 results”. It was also stated that in the coming weeks, the values should better represent the single-threaded performance of each processor as more samples are added to the scores, and as the benchmark is patched.

After sending a portion of the code to AMD, the CPU manufacturer informed David that the data compression test was the most detrimental to the AMD 3000 series. PassMark analysed that same portion of code and concluded that “it was spending an unexpected large portion of its time generating random data to be compressed”.

KitGuru says: Do you think it's fair to use AVX512? How important are synthetic benchmarks to you?