Roller Champions was announced by Ubisoft back at E3 2019. Following an open test in June 2019, Ubisoft kept working on the game's development. Now, it has announced that the closed alpha of Roller Champions will be ‘rolling' out from March 11, at 9:00 AM PDT, running until March 23.

Roller Champions is a team-based sports game, where two teams battle for a ball while trying to complete laps with it. After a team completes a lap with the ball in its possession, it can score a point by throwing the ball through a “hoop”. The lap counter resets every time one team takes the ball from the other. This all takes place on a track similar to that of a velodrome.

The alpha phase of Roller Champions will be done on an invite only basis, according to Polygon. Fortunately, anyone can sign up to receive an invite, and even if you're not selected you will get access to the closed beta, scheduled for a later date.

Compared to the demo from June 2019, Ubisoft stated that the upcoming closed alpha will add character customisation “with over 70 items”, as well as new moves, including the “grapple double jump, and grapple double pump” and team-based ones, like the “teammate-powered grapple boost”. 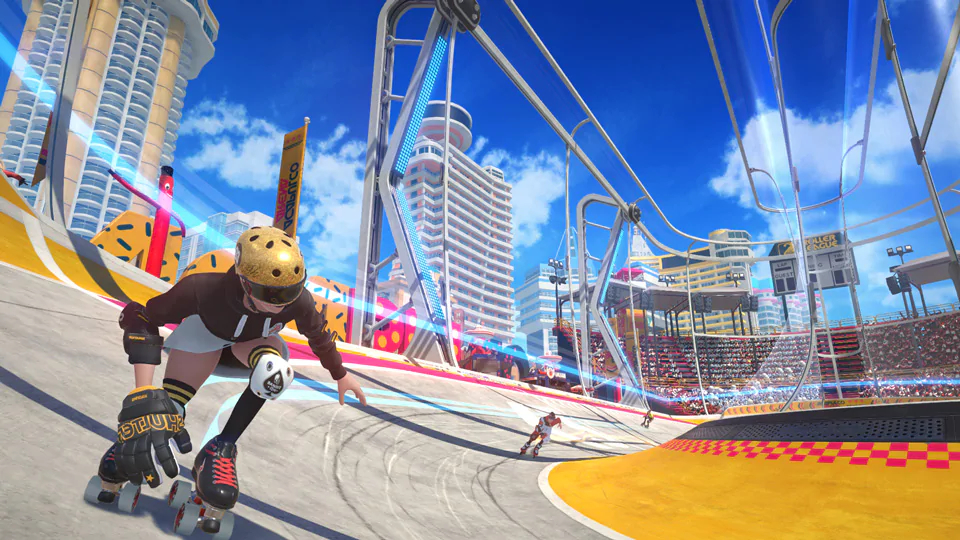 The arena has also undergone some changes, such as modifications to the curvature and elevation to “provide improved navigation and gameplay”. There's a new arena called Chichén Itzá, which is “the biggest arena playable to date”.

The closed alpha will be held on uPlay, Ubisoft's PC platform. Any player progression from the alpha will be reset, but participants will be rewarded with a cosmetic item.

Roller Champions will be free-to-play, and it will release on Nintendo Switch, PlayStation 4, Xbox One, and mobile devices. The launch date hasn't been shared. If you want to learn more about the game or sign up to its closed alpha/beta, click HERE.

KitGuru says: Did you try Roller Champions back in June 2019? Are you excited about the game?