The writing is on the wall at this point: virtual reality is happening. Enough people have tried early Oculus hardware, there’s enough money behind it and there’s enough developers for at least one generation of consumer hardware and from there the sky’s the limit. The main graphics card players, Nvidia and AMD know this too, which is why they’re both making a big push for VR, with their own drivers and software systems to aid its transmission to our eyeballs.

But as with every new gaming and graphical standard, these two giants of the industry are duking it out in the hopes that their technology will be the one that most people use to access it. They’re both pushing technology that sends content straight to the Rift, recognising it as something other than another display and both are targeting SLI/Crossfire using one card to render for each eye, but beyond that their strategies are a little different. 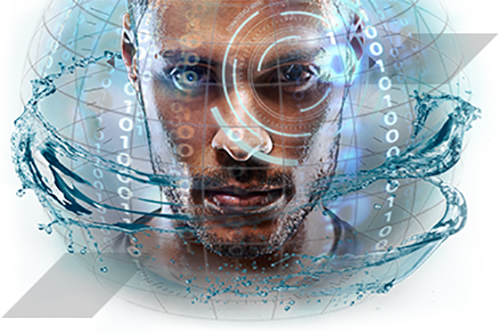 One of the big ones for AMD, is that it will remain as open as it always is. We recently spoke to head of VR marketing at AMD, Sasa Marinkovic, to discuss what VR will be like with AMD hardware and he said that AMD stands for open standards and will continue to do so in VR.

He went on to explain that AMD doesn’t want to lock any technology away behind proprietary standards, or limit technologies to one brand of hardware. AMD is going full force behind VR and wants to see it succeed.

We did ask Marinkovic if this was at least partially due to the recent downturn in the AMD share of the add-in graphics market. Does it see VR as a potential saviour for AMD GPUs? He declined to comment on that, but reiterated that AMD offers the best platform for those looking to get into VR.

It’s not just a hardware thing though, he said, but a software one. Liquid VR, AMD’s software backbone for virtual reality, will be able to take advantage of asynchronous shaders under DX12, which has not only huge performance benefits, but reduces latency too, making for a smoother VR experience we’re told.

KitGuru Says: We also quizzed Marinkovic about next year’s Zen APUs. He didn’t say what kind of performance we could expect from them, but did suggest that APUs should be capable of handling basic VR applications.

Do those of you planning to get a VR headset plan on using an AMD or Nvidia GPu to power it?