Amiibo and Wii U game stock stolen from lorry

It turns out game ‘thieves’ aren’t always pirates or hackers, as there’s still some real world ones out there. A lorry was hijacked while in transit between a Nintendo warehouse and GAME store and its stock of the Special Edition of third person shooter Splatoon and its accompanying amiibo, which were set for release in Europe on the 28th, were stolen. GAME has now apologised to customers and informed them that it won’t be able to fulfil orders for that particular version of the game on launch day.

“We can confirm that the lorry transporting the Splatoon stock from Nintendo’s European warehouse to GAME UK has been stolen,” Nintendo said in a statement (via MCV). “Included as part of this delivery was GAME’s allocation of the Splatoon + Squid Inkling amiibo and as a result we are unable to honour pre-orders for this item in GAME. We are working with GAME to contact those customers affected. Whilst these unfortunate circumstances were out of Nintendo UK and GAME’s control, we apologise for any inconvenience or disappointment that this has caused.” 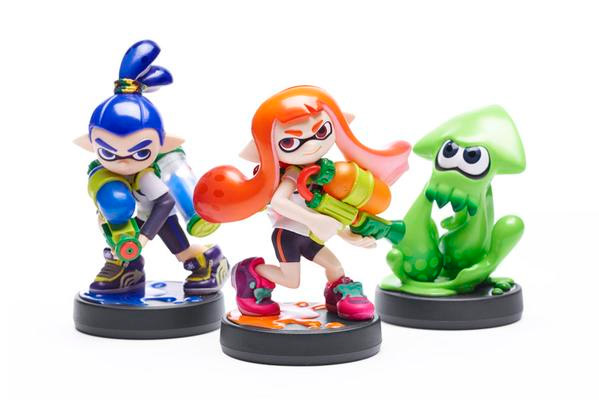 That squid does look a little suspicious…

To make up for this, GAME is now offering those affected the standard version of the game, and a £10 refund as well. Replacement games will be sent out first class to make sure that gamers receive them on time. However, if players wish to purchase the special edition of the game somewhere else instead, they can be given a full refund.

KitGuru Says: This is in the dick-move category, along with those that take down gaming networks on big public holidays. It’s hardly murder, but it;s a pain in a lot of people’s necks.

Previous be quiet! Dark Rock TF Review
Next Snapchat to go public, could be worth as much as $15 billion