It seems like Link’s age old enemy, Ganondorf, won’t be the main antagonist of upcoming Wii U exclusive, Hyrule Warriors, as he’s actually one of the characters you can use to battle your way through hordes of enemies. Nintendo has shown him off in a new trailer, wielding an impressive sword and powerful magic.

Looking a bit like this game’s version of Lu Bu, Ganondorf dispatches the mindless enemies with ease in the Nintendo released trailer and we even get to see him open up a chest with the traditional Zelda music playing.

This is one of several reveals Nintendo has made in recent days for the Dynasty Warriors, Zelda mashup title, with Ipa, Shiek and Darunia all appearing in their own videos.

Ganondorf and other characters will be playable in traditional adventure mode, though it’s hinted at that most will be unlocked part way through the game. They’ll all have several different costume options, which you’ll be able to choose from before each battle.

Over time you’ll also unlock new weapons and character stat boosts, letting you increase your health, attack, combo length and musou abilities – a devastating combo attack. Specific ones from certain Zelda titles will be present, alongside a couple of ridiculous ones, like a Chain Chomp. 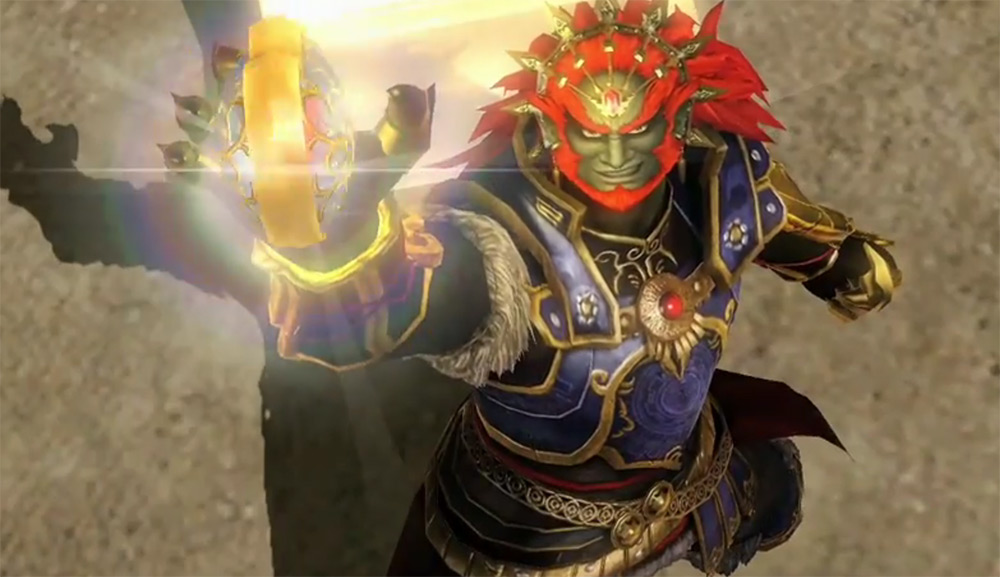 Thanks to AGB‘s coverage of the Nintendo Direct, we also know that co-operative play will be possible at the local level, with one player viewing the TV screen and another the gamepad.

KitGuru Says: This is looking to be a fun little game. Hopefully there’s online coop play too. That would make this a must buy for me.