There were some that weren’t particularly pleased with Nintendo’s recent announcement of the Mercedes Benz DLC for Mario Kart 8, adding several classic cars from the company’s history to the roster of available “karts” in the game. However it seems likely that fans will much prefer the next batch of content, even if they will have to pay for it, since it adds Zelda and 16 new tracks.

There will be two content packs which can be purchased separately when released, the first one including four new vehicles, eight new tracks (some classics, some brand new) and three new characters: Tanooki Mario, Cat Peach and Link himself. One of the new tracks is said to be inspired by the Legend of Zelda series. This pack will be released in November this year. 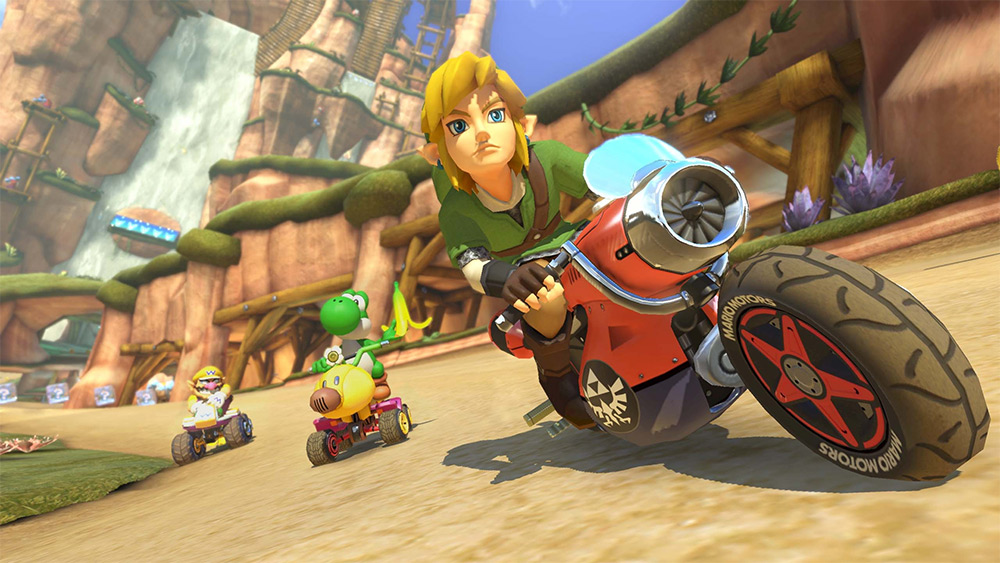 The second content pack, set to be released in May 2015, will add another four vehicle options and another eight new courses, along with new characters The Villager, Isabelle and Dry Bowser.

Each pack will cost £7 individually, or £11 together. If you end up buying both, Nintendo is also giving out eight different colour options for Yoshi and Shy guy. If you pre-order the packs, you can start using those custom colours today.

KitGuru Says: While the new characters are all well and good, increasing the number of tracks in the game by 50 per cent in the next few months is more exciting.