Although the combat mechanics for Witcher games have changed a lot over the years, it’s always been apparent that Geralt has a lot of weapons in his arsenal for taking down the monsters he’s tracked to their lair. There are various sword types and magical options and of course alchemy to consider. With the Witcher 3 however, he’ll have more information to go on, giving players the chance to figure out in advance, what the best strategy for taking on some of the world’s deadliest foes are. 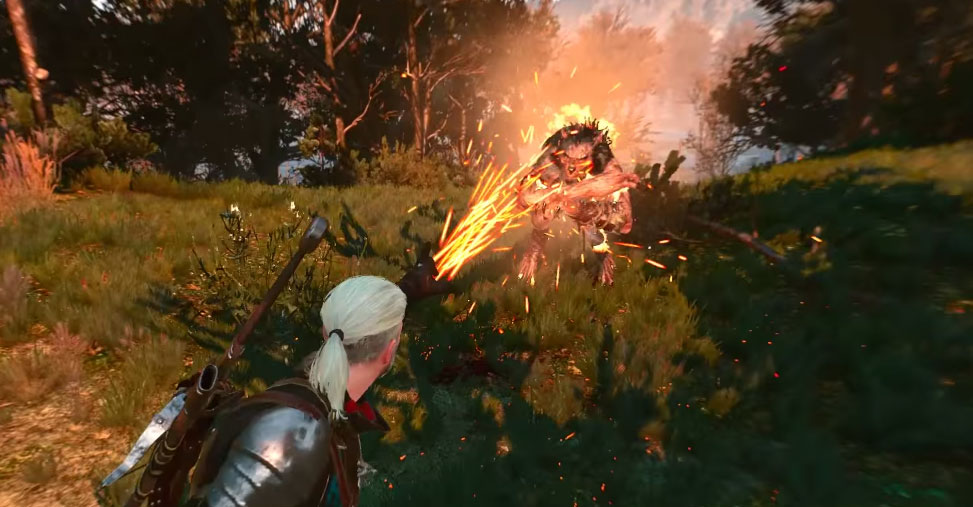 Some monsters will fly, some monsters will swim, others will charge, but in all cases it will be necessary to stall them long enough to get a major attack in, or bring them down to Geralt’s level. That means using magic and ranged weaponry like his cross bow, before heading in with the silver sword to finish the job.

One of the exciting things about the monsters in Witcher 3 that’s pointed out in the above dev. diary video, is that the creatures interact with the world. They don’t just spawn in an area when you get near, but their behaviour and location is affected by what’s going on around them, so tracking down some of them may mean affecting their food supply or other resources which could then drive them out.

The Witcher 3: Wild Hunt is set for release on 9th May on PS4, Xbox One and PC.

KitGuru Says: As cool as the Drowner design is, I’ve killed so many of them in previous games, it’s hard to have any sort of fear of them. Some of those other monsters look far more intimidating though.