Players give Asheron’s Call a final, communal send off

17 year old MMO, Asheron’s Call, has finally been shut down for good. To celebrate its life and mourn its death, players clubbed together on various servers to bid farewell to the world they had been questing and fighting in for the best part of two decades.

Originally released by Microsoft in 1999 and then managed by Turbine and Warner Bros. for various periods of time, Asheron’s Call and its Sequel, Asheron’s Call 2, were classic fantasy MMOs. They featured questing, monsters to fight, gear to craft and large, open worlds to explore. While newer MMOs would eventually steal much of their thunder, the original game remained popular enough to warrant servers all these years and the second was renewed in 2012 after being shut down in 2005. 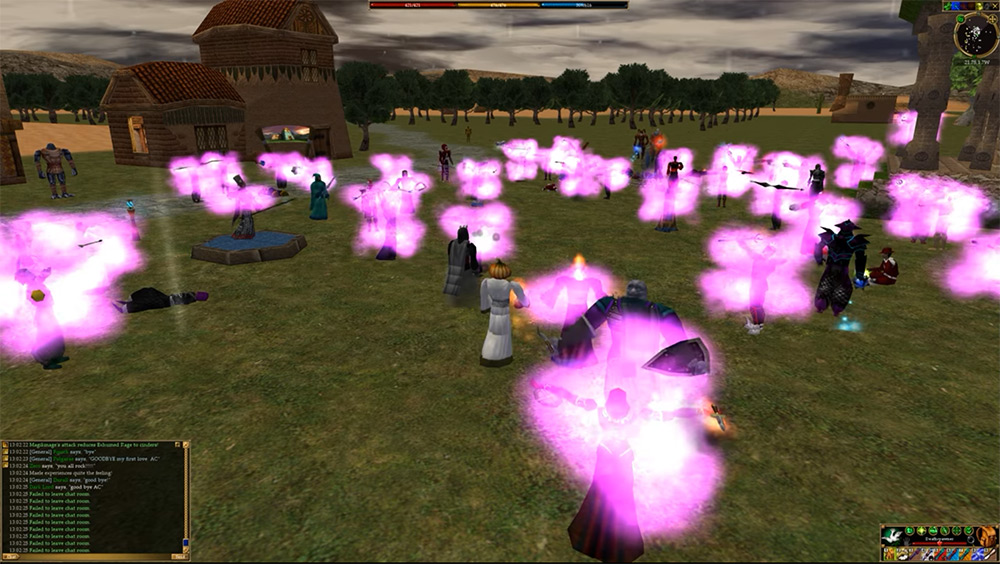 But as with every online game world, there is a beginning and an end and when Turbine announced that it would no longer be developing MMOs in late 2016, and would not be transferring the Asheron’s Call IPs to a new studio that would continue working on the genre, the writing was on the wall.

Many players gathered on Asheron’s Call servers to say goodbye to one another, to the world and the many years of gaming they had together. In one particularly touching video, Youtuber Rob Williams captured the mass disconnects as everyone’s characters were logged out at the same time. It’s actually rather beautiful (thanks Kotaku).

Others captured much longer farewells to the world, so if you’d like to see more of what it was like in its final moments, there are hour long tributes and streams out there.

KitGuru Says: I hope somewhere along the line Asheron’s Call and its sequel can be archived for exploration. These game worlds that have harboured so much joy for people over years shouldn’t just disappear for good.

Previous Bioware will be releasing a new IP before March 2018
Next Win one of four new be quiet! Pure Power 10 PSUs