It might have been over a dozen years since the Lord of the Rings: The Fellowship of the Ring movie was released, but LotR games are still going strong. The next one on the horizon is Middle Earth: Shadows of Mordor, which in its latest trailer shows off not only a pretty engine, but a very personal list of enemies, thanks to what’s known as the “Nemesis System.”

This system is said to create unique enemies for you to fight against in each playthrough, so while you’re attempting to avenge the deaths of your family, you’ll also be watching orks and goblins rise up the ranks of Mordor’s armies. Don’t quite manage to kill an enemy in your first encounter? Next time you meet he might be a captain of a whole squadron of orks.

When you do defeat your enemy though, you don’t have to kill them. As an immortal wraith, you’re able to strike fear in their hearts and gain some semblance of control. It works in a similar fashion to dialogue options, but essentially lets you pick a path for your subdued ork pal and send him off on a mission of his own. You could get him to attempt an assassination on his leader, or perhaps spy for you, even sow fear in their ranks. Each choice opens up a new mission for you to attempt.

By using the same enemies throughout the game, developer Monolith believes you’ll have a better connection with them and therefore feel all the more satisfied when your ranger blade guts them like a fish. 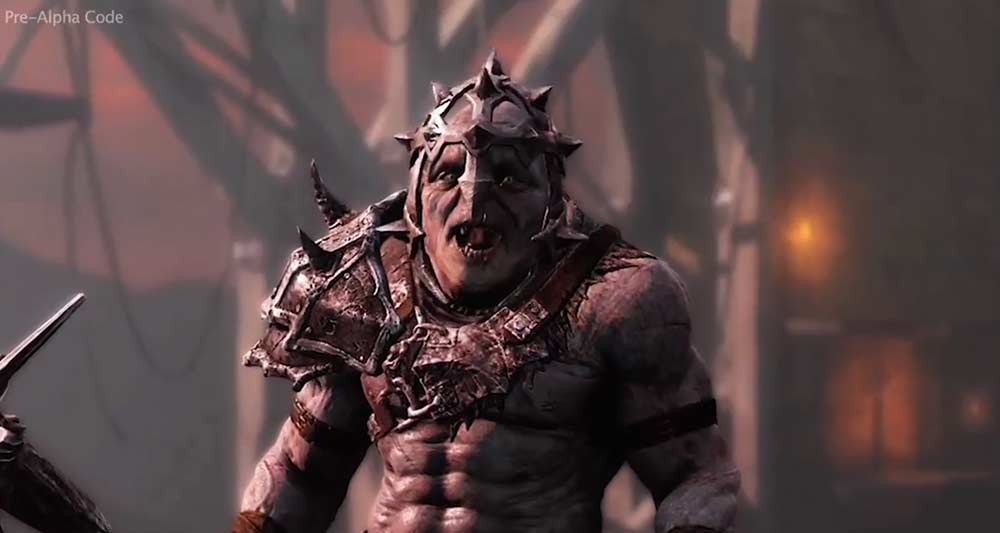 Gameplay wise, Shadows of Mordor looks very much like a mashup of Assassin’s Creed and Batman, which would be no bad thing if done right. There are some quick time events in combat, but not many and it seems to mix up cinematic shots with practical camera angles, though that will need to be trialled first hand to really know how fluid it is.

Kitguru Says: If the enemies are truly unique, in looks, name and personalities on each playthrough, that could add a decent amount of replayability to the game. However here’s hoping they put a lot of voice over work into this, otherwise when they start spouting the same lines as their predecessor like some Mordorian sports game commentator, it’ll break the illusion pretty fast.