While we might not all be thrilled with the way Valve handled this year’s Steam Summer Sale, in terms of getting people to play games, it was a resounding success. Over this weekend the digital distribution platform broke all previous records for concurrent players, topping eight million.

This is its biggest break out since December last year, when it broke through seven million. Just under a year before that, six million was the big news. Clearly Steam is becoming more and more popular and the recent Steam Summer Sale helped push it over the top. 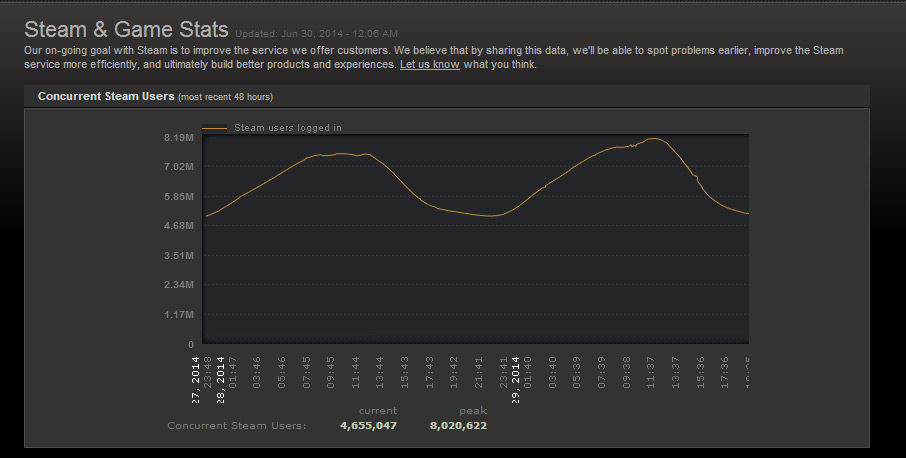 The biggest title at the moment however isn’t one of the big discounted ones sold over the past week or so, but DotA 2, which is pulling in around three quarters of a million players at its peak each day. Counter-Strike Global Offensive is the second most popular title at the moment, followed by Team Fortress 2, showing that Valve still dominates its own platform.

However price-slashed games like PayDay 2 and Skyrim are still pretty popular, though they draw in less than an 10th of DotA 2’s numbers.

KitGuru Says: What were some of the games you guys were playing this weekend? Did you help take Steam into new territory north of eight million players?