Steam catches up with the internet: adds tags

Valve has added a new feature to its Steam software, that lets you label and group games by tag, making it much easier to find the types of games you want. But it’s not limited to genres or other ways we’ve grouped games before, as these tags are created by the dreaded gamer public, which means there’s some odd ones around already.

There’s things like “masterpiece,” and “story rich,” for some more subjective tags, but you can even search through by very specific choices. Want to only play games featuring a grappling hook? You got it. What about games voiced by Jack Black? Done. 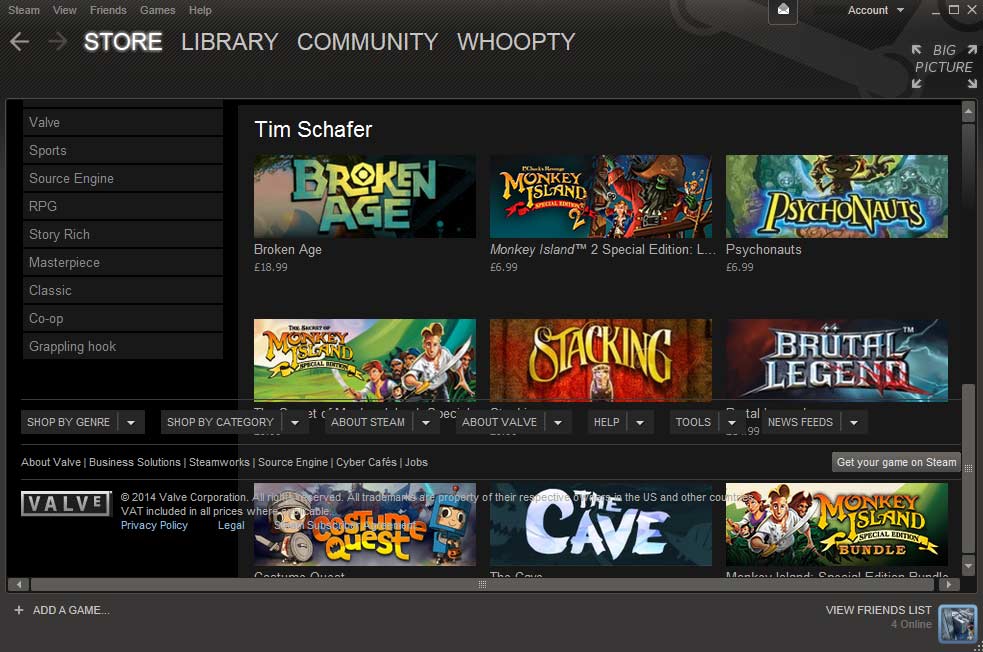 Of course though, players being players, the new feature isn’t always taken seriously. In the “not a game,” category, you’ll find titles that are more interactive story than “game,” such as Dear Esther and 9.03m. However, you’ll also find things like Hospital Tycoonn. In “Garbage,” you’ll notice some very popular shooters, right alongside ones like Infestation: Survivor series and Fez, of all titles.

KitGuru Says: It looks like tags could have some potential for finding new games beyond those that are on sale, but there might need to be some tweaks to the system to avoid the angry, making otherwise good games, appear awful.

Previous Seriously you guys, South Park has gone gold
Next Somebody made an Oculus Rift Flappy Bird

While InXile isn’t the biggest headline grabber in Microsoft’s arsenal of developers, the studio is …