The Legends wants to turn pro-gaming into a drama series

As the popularity of Esports continue to grow around the world, it's becoming more and more apparent to more people that there is a lot of tension involved in training for 12 hours a day, living with your team mates and eventually, maybe winning a championship. So no wonder someone is trying to create an episodic drama on the trials and tribulations of a fictional League of Legends team.

“Bryce, a highly skilled mid-laner is a champion on the rift but struggling to find his place in life. When he and his best friend Marcus are contacted about joining a new challenger team, they ultimately find their talent, dedication, and friendship tested by pressures and personalities they never imagined.” reads the IndieGoGo page for the show, called The Legends (thanks PCG). 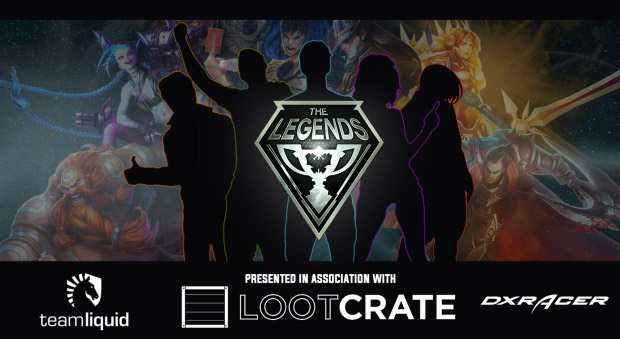 It's being made by ex-Evil Geniuses pro-player, Stephen “Snoopeh “Ellis, who's acting executive producer; director Scott Brown, who previously directed over 400 episodes of Larry King Now and several short films. Also producing is Tom Green Show and Larry King Now production coordinator and actor, Mo Darwiche. All of them are obvious fans of League and want to bring that drama to an episodic series.

To make it a reality, the team is looking for $150,000 (£100,000) from backers, offering perks like a downloadable version of the show, a private stream viewing party each week with the series creators and special Loot Crate (a sponsor) subscriptions and packages. At the top end you can get your summoner name into an episode, have a pro-player coach you for half an hour, or visit the set and go to the premier.

When the show is eventually made it will be streamable online for free, though the creators have the premier perk delivery date set for February 2016, so clearly they don't envision making this show will take too long.

KitGuru Says: Would you watch a scripted TV show about League of Legends or another Esport? I think I could probably get into that.