Microsoft doomsayers will be very unhappy to read the latest statistics in from the company surrounding the release of the Kinect device for the Xbox 360. They claim to be selling 100,000 units every day since release.

Microsoft claim that the 100,000 daily sales are set to increase as it becomes available to more worldwide markets and it makes sense. Kinect for Xbox 360 shipped to gamers in North America on November 4th, 2010. Gamers in Europe then got the device on November 10th.

So far sales have exceeded 1 million in just ten days. “We are appreciative of the response we have seen from consumers that has culminated in sales of more than 1 million units in the first 10 days on the market for Kinect for Xbox 360,” said Don Mattrick, president of the Interactive Entertainment Business at Microsoft.  “This is a great start to the holiday season, and we will continue to work with our retailer partners to keep pace with high demand and deliver against our plan to sell more than 5 million Kinect sensors worldwide by the end of this year.”

By the end of this week the Kinect is due for release in Asia and in Japan which will boost the sales figures considerably.

Software availability is the key issue to boost sales, with a few AAA titles sure to increase sales further. Microsoft say that 17 games specifically designed for the Kinect will be released by the end of 2010.

Kitguru says: Microsoft will be happy as it seems the public love the device. 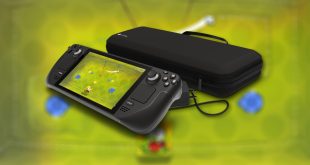