An advertising agency has launched a crowd-funding campaign to raise up to $150,000 to pester Valve employees with ‘we want Half-Life 3’ advertisements and Gabe Newell lookalikes, in an effort to get the company to finish the game. This isn’t the first time someone has tried to launch a Half-Life 3 campaign recently either, an aspiring indie game creator previously launched a campaign to create Valve’s long sought after sequel under a different name.

Two employees from marketing agency, McKee Wallwork & Co, Chris Salem and Kyle Mazzei, are responsible for the campaign but claim that they have the support of the firm in this endeavor. As with most crowd-funding campaigns, this one is filled with stretch goals, at $3000, the company will launch an AdWord campaign, specifically targeted at all Valve employees, so that every time they Google themselves, they will be presented with a ‘We want Half-Life 3’ ad. 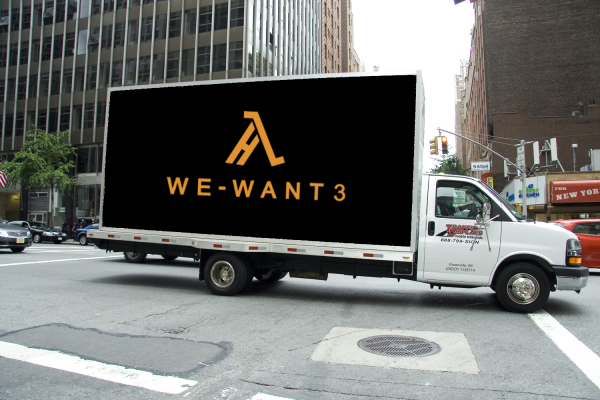 At $9000, a mobile billboard will be rented, plastered with Half-Life 3 imagery and parked outside of Valve’s HQ. At $45,000, in addition to the other goals, the agency will hire some Gabe Newell lookalikes to wear Half-Life 3 t-shirts and walk right in to Valve.

The final stretch goal is $150,000, if this one if hit then a ‘Half-Life’ concert will be thrown at a venue in Seattle. Backers will get thank you letters, Half-Life 3 pins and t-shirts.

The entire plan is to essentially harass Valve with advertisements and fake Gabe Newell actors in an effort to get them to say something about Half-Life 3, or at least acknowledge what they already know, the fact that we want the game.

KitGuru Says: I don’t see this campaign taking off, targeting Valve employees with ads isn’t going to get them to release Half-Life 3. What do you guys think of this idea? Stupid or genius?

Previous Epic Games distances itself from UE4 game about mass murder
Next Android 5.0 Lollipop will be coming to all Sony Xperia Z devices