An unlicensed remake of cancelled Battlefront III to land on Steam

Earlier this year, a Russian developer by the name of FrontWire announced that it would be remaking Star Wars Battlefront III- the cancelled game that was initially in development at studio ‘Free Radical Design'. The remake is now titled ‘Galaxy in Turmoil' and apparently, even though it is a totally unlicensed project, Valve has agreed to publish the game on Steam as a free download once it is done.

This deal was made outside of the Greenlight system between Frontwire and Valve directly, according to a post from Frontwire itself: “It is with great pleasure that as of today I am able to officially announce that Frontwire Studios has officially signed a distribution deal with Steam/Valve for the game Galaxy in Turmoil. After ongoing discussion between Valve representatives and myself, Valve/Steam has agreed to ship Galaxy in Turmoil to its millions of users for FREE.” 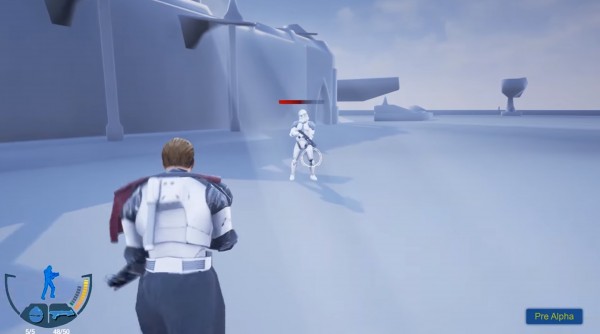 The big question here is, will Disney or even EA allow this project to make its way to release? While Frontwire boss, Tony Romanelli has some concerns about a Cease and Desist letter coming in the mail, signing this deal with Valve seems to have given him some more confidence in the project making its way to release. That said, with EA trying to develop the official Battlefront series and owning an exclusive ten-year license to the franchise, it would be difficult to imagine that both Disney and EA will be okay with this remake happening. If legal action is taken, the most Valve will need to do is remove the game from Steam.

At this point, EA and Disney have yet to comment on this game in development. Valve hasn't said anything public about it either.

KitGuru Says: Developing an entirely stand-alone game without a license is a little different to bringing an older title back to life or modding so it will be interesting to see how Disney or even EA responds to this. That said, the game does look promising and it would certainly be interesting to play a new Battlefront game in the same vein as the older titles.