The Antstream Arcade has been available for a long time now, offering over a thousand retro titles available through cloud streaming. The service quietly joined the Epic Games Store last week, offering a free welcome pack for all users.

For one reason or another, neither Antstream or Epic Games sent out a press release or updated their news sections with this announcement. Fortunately, PCGamer spotted it, which helped spread the word. 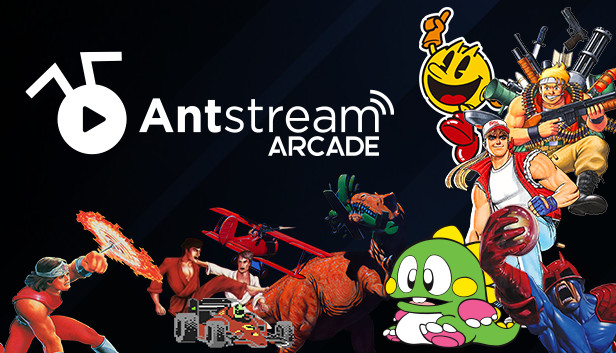 For those who don't know, Antstream Arcade is a cloud gaming platform focusing on bringing retro games to a wide range of devices, including PC. The idea is that using Antstream, you don't have to tinker with emulators or hunt down ROMs, and can instead jump right in to playing with a catalogue of over 1000 retro titles. You'll find games from the arcade era, as well as the early days of PC and console gaming.

The free welcome pack on the Epic Games Store is available for new Antstream players until Thursday this week, offering 1090 gems to use to acquire games. Most titles cost 30 gems per play, so you'll be able to at least try out a good number of titles. You also have the option of paying $39.99 for a 1-year subscription to the service.

Antstream Arcade is supposed to be coming to Steam at some point too, as the service was listed on the store over the Summer. Currently, it is still listed as ‘Coming Soon', indicating it might be a timed exclusive to the Epic Games Store.

KitGuru Says: Have any of you tried Antstream before for your retro gaming fix?