Apparently Dungeon Keeper ‘innovated too much’

EA’s mobile version of Dungeon Keeper didn’t fail because it was bad or because it tried to force gamers in to spending money on gems, it failed because it “innovated too much”, at least that’s how EA Mobile boss, Frank Gibeau, sees it.

Speaking with Games Industry, Frank Gibeau explained that EA didn’t do a very well when it came to marketing Dungeon Keeper:

“I don’t think we did a particularly good job marketing it or talking to fans about their expectations for what Dungeon Keeper was going to be or ultimately should be.” 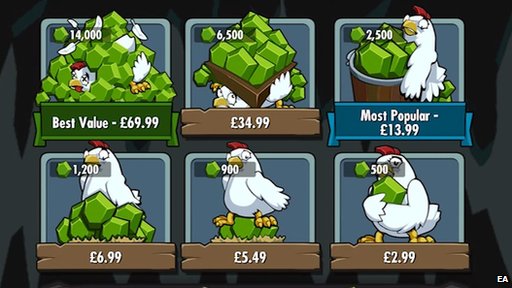 “Brands ultimately have a certain amount of permission that you can make changes to, and I think we might have innovated too much or tried some different things that people just weren’t ready for.”

People like little mobile games- they can be fun. However, gamers don’t like being put in a position where they are forced to throw money at a game in order to play it. It is possible to earn premium currency by playing Dungeon Keeper, the trouble is that eventually you will be put in a position where every action is too expensive and time consuming, which is exactly why EA’s Dungeon Keeper advert was banned in the UK.

EA’s CEO also recently admitted that the company “misjudged the economy” when it launched Dungeon Keeper, which is true, the EA boss even acknowledged that future games will need to pack in more value:

“When you’re thinking about any business model, premium, subscription, free-to-play, value has to exist. Whether it’s a dollar, $10, $100 or $1000, you have to be delivering value, and always err on the side of delivering more value, not less.”

KitGuru Says: Just when you think EA is starting to learn, someone from the company comes out and says something stupid. Dungeon Keeper was not an innovation. What do you guys think of Frank Gibeau’s comments?