Apparently Rockstar had no intention of bringing Red Dead to PC

One of the best console games to launch last generation was Red Dead Redemption, there was just one problem- it never came to the PC. Apparently, Rockstar didn’t even give a PC port serious consideration during the development process, according to the game’s lead multiplayer designer.

Kris Roberts worked on Red Dead Redemption and while it was admittedly developed in a PC environment, the game was “pretty much always” going to be console-only. The former Rockstar employee was also pretty surprised that Rockstar brought Grand Theft Auto V to the PC. 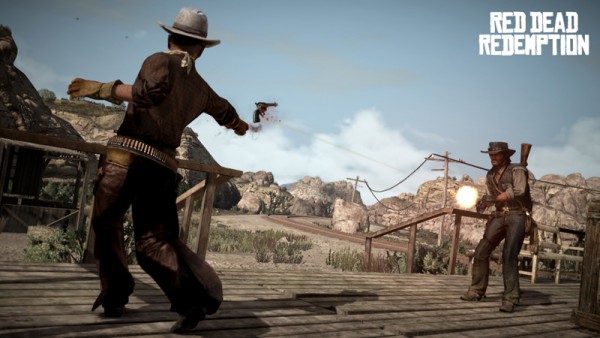 “I don’t think there was ever an intention to have a PC version of Red Dead Redemption”, Robets said during a Twitch livestream. “I was actually super shocked that they did a PC version of Grand Theft Auto V. Obviously in development, we were all PC-based and had it running for win32 clients for the entire development. But as far as the licensing for the consoles and stuff, it was pretty much always going to be a Xbox 360 and PlayStation 3 title. To the best of my recollection, we never even seriously talked about optimizing it for PC.”

There has been some concern that Rockstar is moving away from PC games over the last couple of years, particularly since the company refused to talk about a PC port of GTA V for an entire year after the game’s launch. However, we did eventually get the game and it turned out to be extremely well polished, so hopefully whatever phase Rockstar went through with Red Dead Redemption has since passed.

KitGuru Says: There are plenty of people who would probably still be interested in a PC version of Red Dead Redemption, including myself since I didn’t play more than a couple of hours on console. Did any of you play Red Dead Redemption back in the day? Would you still play it if it came to PC all these years later?

Previous Be a video reviewer! – Exclusive Fractal Design Competition
Next Google’s new Nexus devices may be priced much lower