Late last week, Studio Wildcard, the team behind Early Access hit, ‘Ark: Survival Evolved’, launched their first paid expansion for the game. This didn’t go down too well with quite a few people, who objected to the idea of a game receiving a full expansion before the base game is finished and out of Early Access. Now, Wildcard has spoken out about the situation to try and smooth things over.

In a new blog post, the studio tried to address concerns, stating that they are “absolutely committed to driving aggressive development towards a solid, feature-robust game launch for Ark: Survival Evolved”. However, the idea of launching expansions was “always on the cards” but admittedly, the first one did come out earlier than initially anticipated. 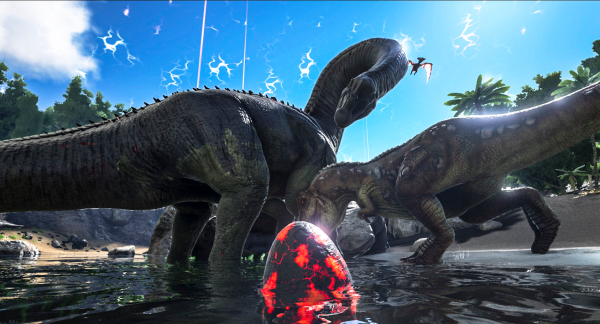 “Our original vision for ARK always included the creation of Expansion ARKs, along with the infrastructure and technical systems to transfer data dynamically between live ARKs. We determined that it is more sound to iterate on these systems during Early Access than after retail launch, given the significant risks involved if we didn’t get it right.”

“While that meant unveiling the first Expansion early, it also means an easier time integrating further post-launch Expansions into the ARK network. We understand that this isn’t everyone’s cup of tea, and we appreciate the enjoyment people seem to be getting out of this initial view of how Expansion ARKs can work. Now that we have the systems in place to support them, we can ensure minimal integration issues with subsequent releases after ARK: Survival Evolved itself has launched.”

KitGuru Says: I can completely understand why the idea of paid expansions for an unfinished base game would rub people the wrong way. That said, the studio’s explanation does help put things into perspective. Do any of you guys play Ark? What do you make of the expansion launch?