Ark is getting a ‘survival of the fittest’ tournament mode

The latest hit survival game on the block is Ark: Survival Evolved, which launched back in June and has already surpassed a million sales. Fortunately for everyone that has bought in at this early stage, the development team have been regularly updating the game and keeping in touch with the player base.

In a new update, Ark will be getting a brand new mode, known as ‘survival of the fittest'. It's a tournament mode along the lines of the hunger games in Minecraft or Battle Royale in H1Z1, DayZ and Arma. Essentially a group of players get spawned in random areas of the map and they need to take out the rest and be the last one standing to win. 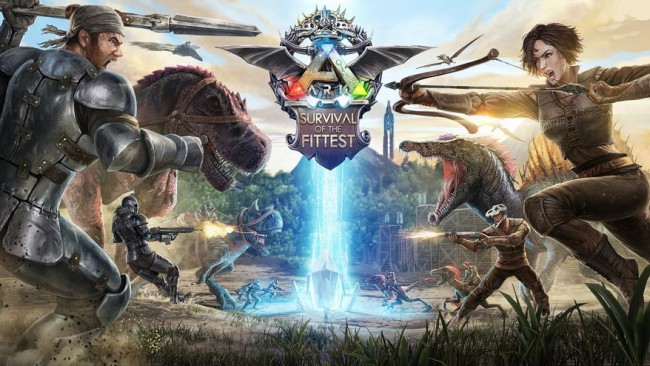 The team behind Ark has done a very good job of getting streamers on board with the game, which has definitely helped shift copies. In keeping with that, there will be an Ark tournament on Twitch on the 1st of August, featuring 35 teams all fighting to the death.

Presumably the Survival of the Fittest game mode will also be made available to everyone in a game update on the 1st of August, though this isn't explicitly confirmed, it may not release until a bit later. You can find all of the details in the Steam Community post, HERE.

KitGuru Says: I have played a bit of Ark myself, survival games aren't really my thing but I can see the appeal, especially with the levelling system in place. In all, it is one of the better survival games I have played, though it is a bit of a GPU hog. Do any of you play any survival games? What do you think of these hunger games style modes?