Be warned, there are some minor spoilers for Assassin's Creed: Origins that follow. Very minor in-fact, but still, if you want to remain unspoiled, bail out now. 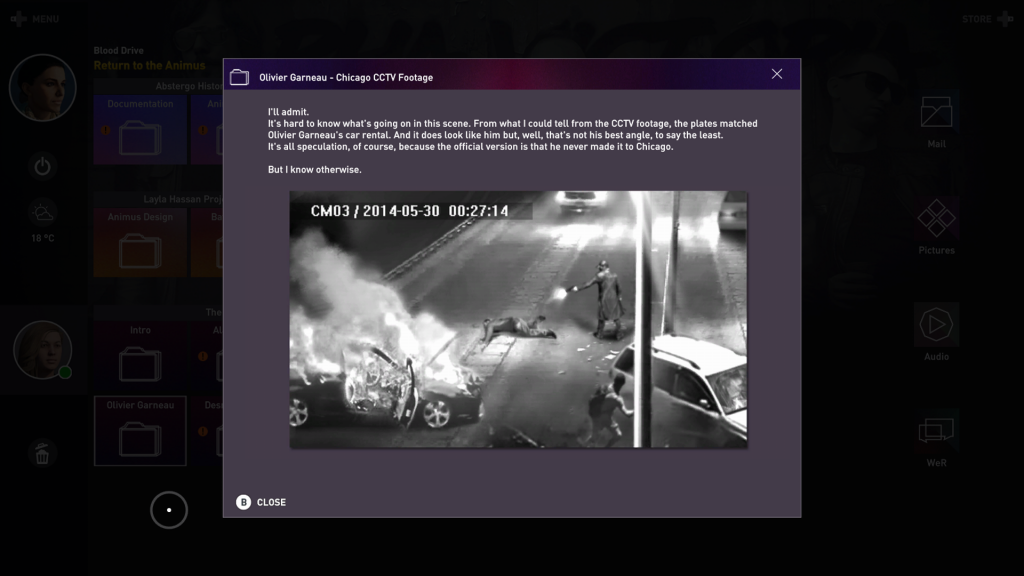 A few hours into the Assassin's Creed: Origins campaign, you will come across a second ‘present day' segment, in which you exit the animus and get to walk around and learn some additional details about Abstergo. During this section, you can browse a laptop with all sorts of files stored.

One of the folders contains profiles on Abstergo employees. You can enter into this and see the file on ‘Oliver Garneau', from there, you will see CCTV camera footage of Aiden Pierce shooting him in the middle of the road. Aiden Pierce was the protagonist of Watch Dogs 1, cementing the connection between the two franchises.

This isn't the only times Assassin's Creed and Watch Dogs have crossed over. Back when AC: Black Flag launched, there was a modern day segment featuring Garneau, who later appeared in a side quest in Watch Dogs. At first, Ubisoft brushed this off as a ‘little joke' but now several years later, the developers seem to be running with it.

KitGuru Says: I've been loving Assassin's Creed: Origins so far and while I didn't enjoy Watch Dogs 1 much, the second game in the series was one of my favourite games of 2016. I would love to see this connection to the two franchises explored further in a third Watch Dogs game, perhaps with a mission or campaign revolving around Abstergo Industries.