Bandai Namco is clamping down on Dark Souls 3 streaming

One of the biggest criticisms people have had about Dark Souls III so far has been its lack of worldwide release. The game came out in Japan on the 24th of March but won't hit the rest of the world until the 12th of April but as usual, plenty of streamers have had access to the game early. However, Bandai Namco is now switching tactics and doesn't want streamers to play the game anymore until it actually comes out.

The original deal for most streamers was that they would have access to the first third or so of the game until the 7th/8th of April, at which point the embargo would lift and they could play until the end. However, now streamers no longer have the go ahead to stream the game at all until the 11th of April. 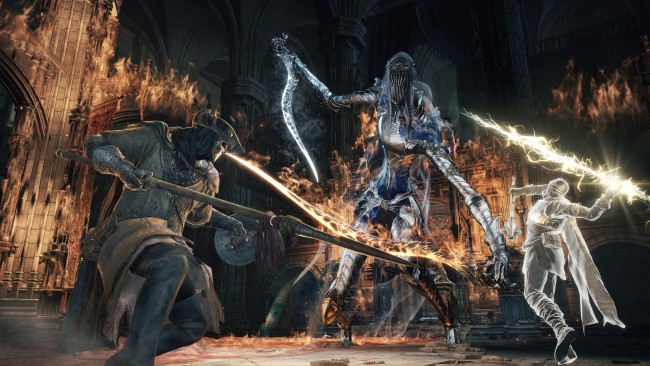 This specifically applies to the PC version of the game as plenty of people have been able to download the game early through work arounds on Xbox Live and the PlayStation Network. Speaking to Kotaku in a statement, Bandai Namco said: “Our community team has asked streamers to stop streaming the PC version of Dark Souls III provided to them from us as we start to send the game out to a wider set of streamers”.

“we are asking all content creators to wait until the launch of the game to continue their videos to avoid any confusion and create an even playing field for streamers and YouTube creators on April 12.”

The trouble here is that now some content creators have access to the full game via consoles and never agreed to an embargo so if Namco Bandai really wants to stop people from being able to see more of the game before its launch, then it will have to start waving around copyright notices, which may not go down well.

KitGuru Says: The reasoning behind Dark Souls III coming out in Japan so much earlier than the west has largely been attributed to the end of the financial year in Japan, which is a shame. This whole streaming/content embargo situation has become a bit of a mess due to the massive gap between release dates in parts of the world. Have any of you been watching Dark Souls III streams at all?

Previous Win STEAM game of your choice this weekend!
Next Watch Dogs 2 to feature DX12 and AMD optimization