Home / Software & Gaming / Battlefield 1 beta kicks off for insiders, opens to all tomorrow

Battlefield 1 beta kicks off for insiders, opens to all tomorrow

If you are waiting to get your hands on Battlefield 1 and would like to try out the game ahead of its release in October, then you will get your chance this week as the beta has officially begun. Today, EA and DICE began sending out early access beta codes to those who signed up to the Battlefield Insider mailing list but the game will be available for everyone to try tomorrow.

To get the 24-hour early access to the beta, you had to sign up to be a Battlefield Insider prior to the 21st of August. If you did that, then you should keep an eye on your emails today. 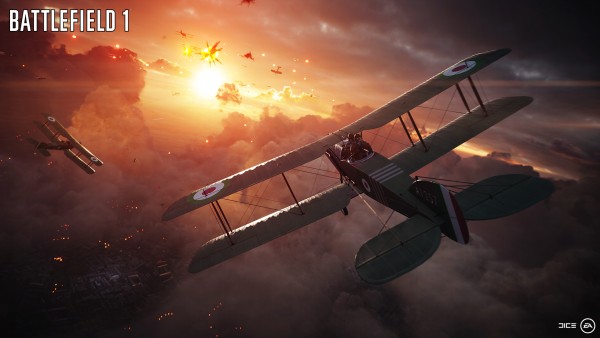 The Beta features the popular 64-player Conquest mode, along with the Rush game mode on the new Sinai Desert map. During the beta you will be able to fly planes, drive tanks, ride across enemy lines on horseback and more.

The tests this week will help stress test the servers in time for launch, as well as uncover any additional bugs. Battlefield 1 will officially launch on the 21st of October.

KitGuru Says: I am actually pretty excited for Battlefield 1 this year, so I’ll be taking part in the beta at some point this week. Are any of you guys planning on playing the beta?